Homepage / Blog / Internet / 43Tbps over a single fiber: World’s fastest network would let you download a movie in 0.2 milliseconds 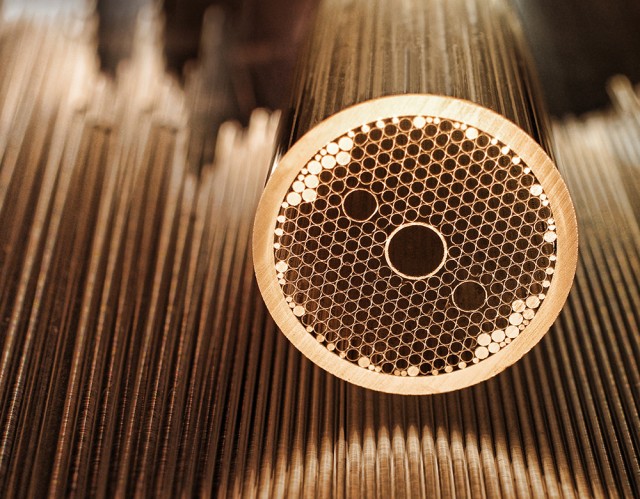 43Tbps over a single fiber: World’s fastest network would let you download a movie in 0.2 milliseconds

A research group at the Technical University of Denmark (DTU), which was the first to break the one-terabit barrier in 2009, has today managed to squeeze 43 terabits per second over a single optical fiber with just one laser transmitter. In a more user-friendly unit, 43Tbps is equivalent to a transfer rate of around 5.4 terabytes per second — or 5,375 gigabytes to be exact. Yes, if you had your hands on DTU’s new fiber-optic network, you could transfer the entire contents of your 1TB hard drive in a fifth of a second — or, to put it another way, a 1GB DVD rip in 0.2 milliseconds.

The previous record over a single optical fiber — 26 terabits per second, set by Karlsruhe Institute of Technology way back in 2011 — had remained unbroken for a surprisingly long period of time. DTU set a series of single-fiber world records in 2009 and 2011, but had since been forced to sit in Karlsruhe’s shadow — until now. This was obviously a pain point for the DTU researchers — the press release [Danish] announcing the new world record actually calls out Karlsruhe by name. I guess a bit of friendly competition never hurt anyone though, right? 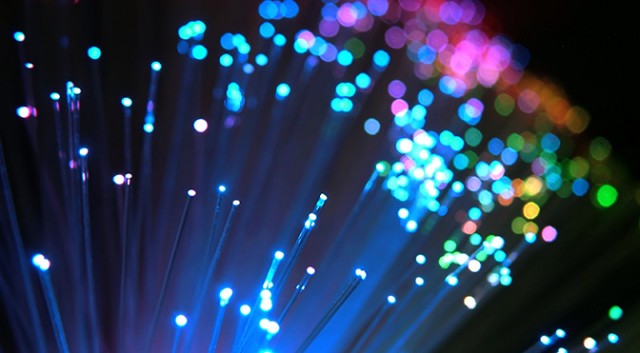 The main thing about this world record is DTU’s use of a single laser over a single fiber. There have been plenty of network demonstrations of hundreds or even thousands of terabits (petabits) per second with multiple lasers over multiple fibers — but those demos are so far removed from the reality of fiber-optic networking that they’re not really worth discussing. When we talk about commercial fiber-optic links, we’re nearly always talking about single-laser-single-fiber, because that’s what the entire internet backbone is built upon. In other words, the techniques used by DTU to hit 43Tbps actually have a chance of making it into real-world networks in the next few years. You might soon be able to download a TV show or movie in quite literally the blink of an eye. [Read: Infinite-capacity wireless vortex beams.]

How did the DTU hit 43Tbps and steal the world record away from Karlsruhe? Well, rather amusingly, they kind of cheated. While the researchers did only use a single laser, it used multi-core fiber. This is still a single filament of glass fiber, but it has multiple individual channels that can each carry their own optical signal. In this case, DTU used multi-core optical fibers with seven cores, produced by Japanese telecom giant NTT. Back in 2011 when Karlsruhe set its 26Tbps record (with a single-core fiber), multi-core fibers were both difficult and expensive to manufacture — now, in 2014, it would seem the bugs have been ironed out and NTT is moving ahead with commercial deployments. The photo at the top of the story, incidentally, is an experimental hollow-multi-core fiber developed by DARPA. 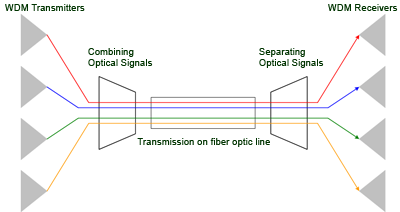 Beyond the DTU’s use of multi-core fiber, there’s sadly very little info on how they actually squeezed 5.4 terabytes of data per second over a single fiber. The usual method of boosting speeds over fiber is either SDM or WDM (spatial and wavelength-division multiplexing) — i.e. using different frequencies of light for each signal, or staggering each signal by a few microseconds, so that the signals don’t collide.

Currently, the fastest commercial single-laser-single-fiber network connections max out at just 100Gbps (100 Gigabit Ethernet). The IEEE is currently investigating the feasibility of either a 400Gbps or 1Tbps Ethernet standard, with ratification not due until 2017 or later. Obviously DTU’s 43Tbps won’t have much in the way of real-world repercussions for now — but it’s a very good sign that we’re not going to run out of internet bandwidth any time soon. (Customers of awful ISPs excepted, of course.)