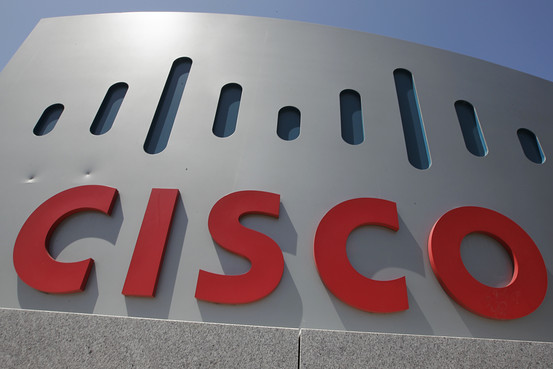 Cisco Systems got greedy. And now it’s paying the price.

On Tuesday (May 9, 2001), the network-equipment giant provided the grisly details behind its astonishing $2.25 billion inventory write-off in the third quarter, essentially admitting that it too was caught up in the Internet hype that, at its peak, gave the company the highest market capitalization in Wall Street history.

“The networking industry, having no experience with a downturn and never having to deal with double or triple ordering, responded to high order patterns with higher build rates and substantial inventory accumulation to facilitate the projected shipping rates,” said Needham & Co. analyst Tad LaFountain. “As a result of what has transpired, network equipment management might consider looking beyond the car in front of them as they speed down the information superhighway.”

As Cisco executives can now tell you, pileups on the road or in the warehouse can be extremely painful.

To keep up with the frenetic pace of network-equipment orders during the Internet’s heyday in the mid- and late-1990s, Cisco placed big orders for communications chips, optical lasers and subassembly boards from its suppliers.

But the wicked combination of the dot-com implosion and the deteriorating economic conditions in the United States and abroad finally caught up with the world’s largest data networking equipment maker, causing sales to decline at an astonishing rate and leaving Cisco with billions of dollars in equipment and materials that it couldn’t sell and likely won’t be able to sell in the next 12 months.

In its earnings warning in mid-April, Cisco executives told its investors to expect a $2.5 billion inventory charge, an all-time record for the information technology industry. At the time, it said it would store the excess inventory in warehouses and continue to monitor demand in the next year in the extremely remote chance it might be able to unload it if business conditions improved.

The magnitude of the charge and the company’s reluctance to provide details about which product lines it would jettison gave rise to much speculation from industry and financial analysts who were wondering how a company could misread the market by more than $2 billion, roughly the same amount it earned in the first two quarters of the fiscal year.

On Tuesday, Chief Financial Officer Larry Carter said the company plans to “scrap and destroy” the majority of the inventory because most of it “can’t be sold because it was custom-built for Cisco.”

Parts that aren’t destroyed will be sold to recycling companies that salvage metal components and resell them to brokers or other distributors.

Carter repeatedly stated that if demand for some of this equipment suddenly improves, it’s conceivable the company will sell some of the excess inventory, but it will not have a favorable effect on the company’s pro forma results or gross profit margins in subsequent quarters.

“We don’t anticipate that any of the inventory will be used based on our current forecast,” he said. “We will be very open about our treatment of this inventory and disclose its status in future conference calls.”

What’s in the charge?
An inventory charge occurs when the market value of the finished goods or components falls below the original cost. For example, if Cisco bought a part for $500 and that part is now worth only $50, the company would have to take a charge of $450 for that particular item.

The actual inventory charge for the quarter came in at $2.25 billion with roughly 70 percent derived from its service provider business and the remaining 30 percent from its enterprise and commercial businesses.

• Eighty percent of the charge came from raw materials and 20 percent was from work in process.

• Work in process, which primarily consisted of subassembly boards, checked in at $450 million.

• Of the raw materials, $300 million of the charge was related to memory products, specifically DRAM, SRAM and flash-memory chips.

• Non-memory components, including digital signal processors and other microprocessors, checked in at $900 million.

Cisco Chief Executive John Chambers said sales in the fourth quarter will likely be “flat to down 10 percent” from the $4.7 billion the company recorded in the third quarter. And it exited the quarter with more than $1.9 billion in inventory on hand.

Craig Johnson, an analyst at The PITA Group, a networking research firm, bashed Cisco and its management team earlier this quarter, saying the company dug its own grave by believing its own hype and not preparing for a slowdown.

“There were signs last summer from Nortel and Lucent that this market was ready to crash,” he said. “In the end, this just proves that the technology industry is just as cyclical as any other despite what everyone kept telling themselves in the past few years.”

Accounting semantics
Though Cisco turned a pro forma profit before charges of $230 million, or 3 cents a share, in the quarter, it still posted a net loss of $2.69 billion.

Bill Becklean, an analyst at SunTrust Equitable Securities, said Cisco’s third-quarter results offer a textbook example of how Wall Street and accounting practices have changed in the past 10 years.

“In years past, these charges would have been given much more weight,” he said. “But that’s not what the Street does anymore. No one’s going to stand up and say Cisco’s accounting methods are screwy. This is simply how things are done these days.”

LaFountain was even more candid, saying the Cisco write-off is just the latest example of how companies are using pro forma accounting practices to distract investors from the poor business decisions made by management.

“What everyone is missing here is that Cisco’s inventory is not the problem, but a symptom,” he said. “A company that has been preaching to the choir about the capacity of its management has proven it isn’t perfect. Good management doesn’t wind up with a ($2.2 billion) inventory write-off.”

In a research note, LaFountain said Cisco and other networking companies got into trouble by building products based on sales forecasts. When build-to-order becomes the norm, these inventory issues will clear. Cisco has never seen a downturn and doubled and tripled ordered components based on a shortage of components.

Other analysts were more forgiving.

“Cisco got nailed by a double whammy,” said Seth Spalding, an analyst at Epoch Partners. “They were ordering chips and other components that they couldn’t get enough of when the market was booming. When they finally got what they needed, the market completely dried up.”

Spalding said he was surprised investors were willing to look beyond the huge inventory charge, adding that he valued the stock at around $10 or $11 a share.

Cisco shares closed up $1.11 to $20.36 ahead of the earnings report before falling to $19.50 in after-hours trading Tuesday evening.

Looking ahead
Analysts agree that by taking this huge inventory charge, Cisco not only will improve its own profit margins in future quarters, but will give its component suppliers an indirect lift.

“Now they can start building their new equipment at higher margins, and they’ll be ordering it from the suppliers who have seen their sales collapse in the past few quarters,” Spalding said.

Morgan Stanley analyst Christopher Stix upgraded the stock from a “neutral” rating to “outperform” ahead of the earnings report, saying he has received more “encouraging feedback” from checks with Cisco’s business customers that point to a stabilizing business.

In a research note, he said that two new contracts with service providers–China Telecom and Global Crossing–also indicate that the company’s core router business is picking up speed.

Nikos Theodosopoulus, an analyst at UBS Warburg, said Cisco and its shareholders learned a painful lesson from the inventory write-off.

“Now they can reset the bar from a gross margin standpoint, meaning the recovery in their core business will be quicker than if they hadn’t taken the charge,” he said. “On the other had, they have to live with the fact they took a big gamble that didn’t pay off.”