On the verge of bankruptcy, the company sought a savior in Larry Page.

This story is excerpted and adapted from Elon Musk: Tesla, SpaceX, and the Quest for a Fantastic Future, due out May 19 from Ecco, an imprint of HarperCollins.

On May 8, 2013, Tesla Motors shocked just about everyone by posting its first-ever quarterly profit, reporting higher-than-expected demand for its Model S electric sedan. That moment marked the beginning of a turnaround for Elon Musk’s tumultuous automaker. The next year would see the Model S win most of the automotive industry’s major awards and Tesla’s share price rise roughly fivefold, to more than $200. The 2013 profit announcement was fortuitous. Just weeks before, Tesla had been on the verge of bankruptcy.

Earlier in 2013 the company was struggling to turn preorders of its vehicles into actual sales. As Musk put his staff on crisis footing to save Tesla, he also began negotiating a deal to sell the company to Google through his friend Larry Page, the search giant’s co-founder and chief executive officer, according to two people with direct knowledge of the deal. Tesla spokesman Ricardo Reyes and Google spokeswoman Rachel Whetstone declined to comment. “I don’t want to speculate on rumors,” Page said when I asked him if Google had considered buying Tesla, adding that a “car company is pretty far from what Google knows.”

Although Tesla spent several years designing and building its flagship Model S, the car was still missing some features when it went on sale in June 2012. Its safety elements, software, and interior room were better than those of most luxury cars, but it didn’t offer the parking sensors and radar-assisted cruise control of rivals like BMW and Mercedes-Benz. Glitches with the 2012 Model S door handle irked early buyers, as did some aesthetic choices such as the car’s sun visors, which had unsightly seams.

A big part of the problem was a lack of resources, says former Tesla engineer Ali Javidan. “It was either hire a team of 50 people right away to make one of these things happen, or implement things as best and as fast as you could.” Musk chose the latter, Javidan says. Tesla also struggled to get top-rate suppliers to take it seriously, says chief designer Franz von Holzhausen. With the sun visors, he says, “We ended up having to go to a third-rate supplier and then work on fixing the situation after the car had already started shipping.”

“I don’t care what job you were doing. Your new job is delivering cars.” 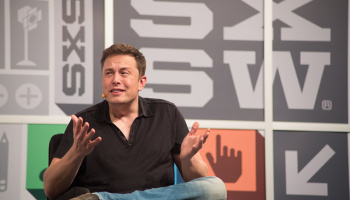 Read how to do lab equipment recycling in San Jose, Santa Clara, Sunnyvale

Tesla’s first customers were proto-typical early adopters who wanted a computer on wheels. By the end of 2012, many were grumbling about the bugs still to be worked out, and sales slowed to a trickle. “The word of mouth on the car sucked,” Musk says. By Valentine’s Day 2013, Tesla was heading toward a death spiral of missed sales targets and falling shares. The company’s executives had also hidden the severity of the problem from the intensely demanding Musk. When he found out, he pulled staff from every department — engineering, design, finance, HR — into a meeting and ordered them to call people who’d reserved Teslas and close those sales. “If we don’t deliver these cars, we are f—ed,” Musk told the employees, according to a person at the meeting. “So I don’t care what job you were doing. Your new job is delivering cars.”

Musk fired senior executives, promoted hungry junior employees, and assigned former Daimler executive Jerome Guillen to fix Tesla’s repair service and get its glitchy cars back on the road. He also proposed what eventually became his public guarantee of the resale price of the Model S: Unsatisfied buyers would get their money back from Musk personally if they couldn’t sell their car at a price comparable to that of another luxury model.

In the first week of March 2013, Musk reached out to Page, say the two people familiar with the talks. By that point, so many customers were deferring orders that Musk had quietly shut down Tesla’s factory. Considering his straits, Musk drove a hard bargain. He proposed that Google buy Tesla outright — with a healthy premium, the company would have cost about $6 billion at the time — and pony up another $5 billion in capital for factory expansions. He also wanted guarantees that Google wouldn’t break up or shut down his company before it produced a third-generation electric car aimed at the mainstream auto market. He insisted that Page let him run a Google-owned Tesla for eight years, or until it began pumping out such a car. Page accepted the overall proposal and shook on the deal.

In the weeks that followed, Musk, Page, and Google’s lawyers negotiated the specific terms of the deal. There were a couple of sticking points around Musk’s financial demands that complicated the talks and kept the two sides apart. 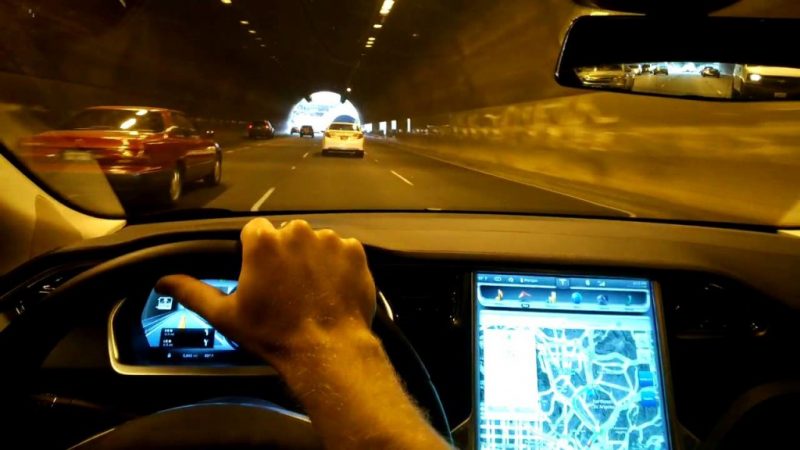 While the two companies were negotiating, Tesla’s frenzy of sales calls began to pay off, and a lot more people started buying the Model S. With its quarter drawing to a close and two weeks worth of cash in its coffers, Tesla began selling thousands of cars, enough to post an $11 million quarterly profit on $562 million in revenue.

Within two weeks of that announcement, the company’s shares had doubled, and Tesla had repaid its $465 million loan from the U.S. Department of Energy early, with interest. Musk broke off his negotiations with Google. He no longer needed a savior.