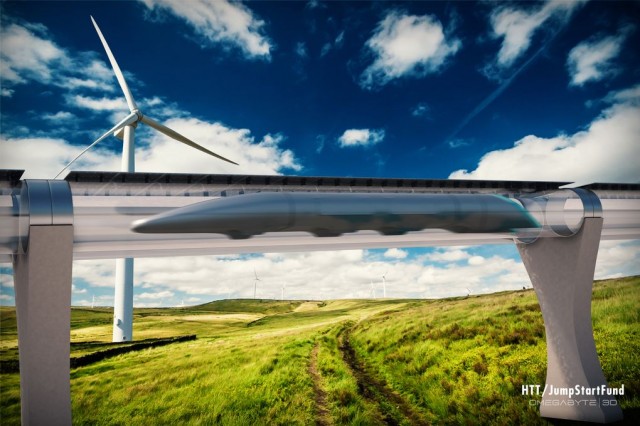 Way back in the summer of 2013, SpaceX’s Elon Musk proposed a new transportation system that was equal parts awesome and insane: The Hyperloop. The system, which would consist of an above-ground vacuum tube, would be able to get people from San Francisco to Los Angeles in under 30 minutes.

Unfortunately, that was the extent of Musk’s involvement: He gave us his plans in the form of a 57-page white paper, and then told the world to go ahead and build it. Now, a group of 100-odd engineers have banded together to try and actually create a Hyperloop — and they seem to be making pretty solid progress.

Back in September, following the release of Musk’s Hyperloop white paper, a company called Hyperloop Transportation Technologies Inc was formed. This isn’t your usual kind of company, though: They’re using a model/service called JumpStartFund, where each employee is only paid if the company ever turns a profit. As a result, most of the workers are already working for other companies, such as Boeing, NASA, and SpaceX — but on the side they do some moonlighting on the Hyperloop project, with the hope that there’s eventually a massive pay-off. Wired reports that there’s about 100 engineers currently working on the Hyperloop project, and that it isn’t some all-inclusive club where everyone can join in: They rejected “100 or so” applicants, too. It’s kind of like crowdsourcing, but a bit pickier.

Anyway, Hyperoloop Transportation Technologies (HTT) has been fairly quiet over the past year — but now, it seems, they’re ready to show their work so far: 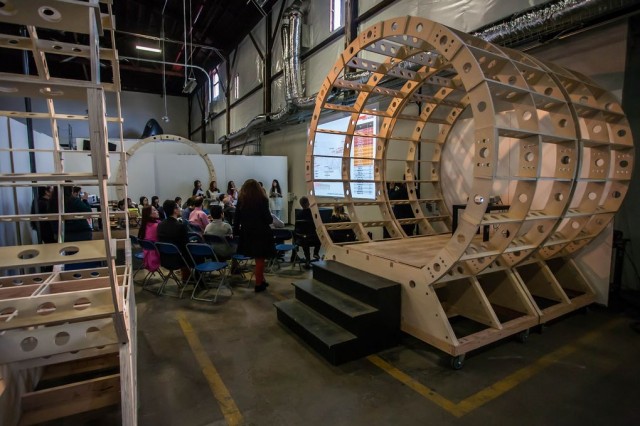 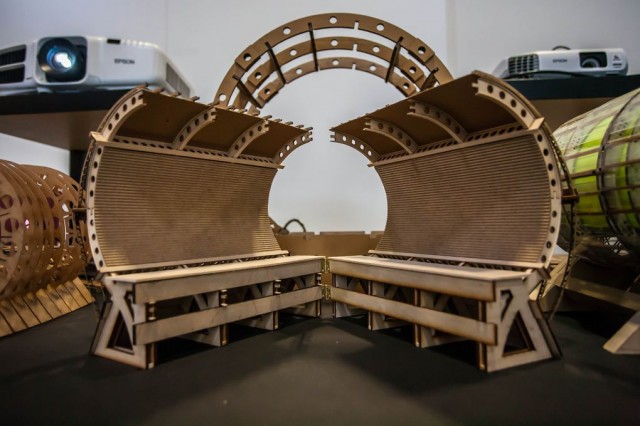 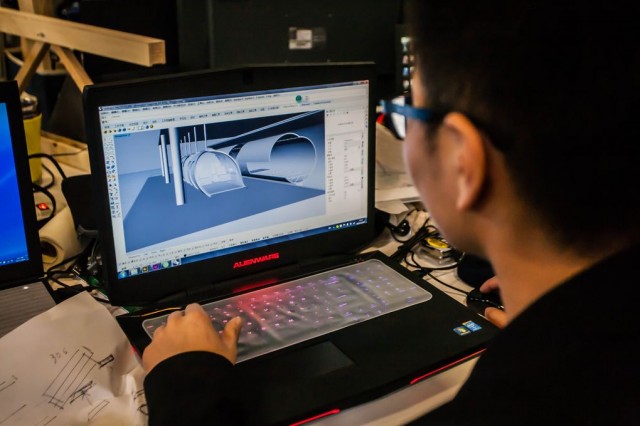 There’s a lot of work left to do, of course. So far, a lot of the work appears to have been done by a group of 25 UCLA design and architecture students. The engineers — the ones who work at aerospace companies during the day — are working on a technical feasibility study, which is due to be completed by mid-2015. 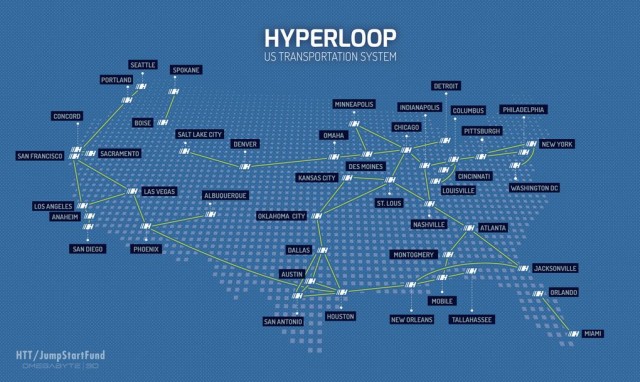 Beyond the technical feasibility of traveling just under the speed of sound (760 mph) in an elevated, above-ground tube, the HTT engineers are also spending a lot of time analyzing the potential routes that the Hyperloop system might take. Musk wanted San Francisco to Los Angeles, but politically and geographically that might be tricky. Instead, HTT is also looking at the potential of a Los Angeles to Las Vegas route — and, in the long term, a network of hyperloops that span the entirety of the United States. Ultimately, they don’t really care where hyperloops get built — they just want to build one, to prove it’s feasible. 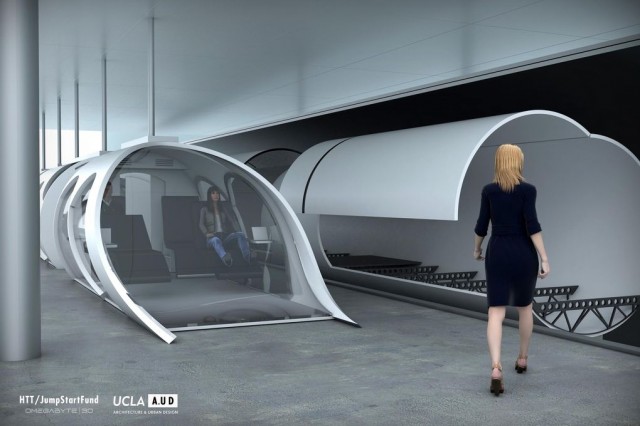 The engineers have proposed a tweak to Musk’s original capsule design, too: Instead of a capsule with doors that swing upwards, there’ll now be an inner “bubble” — and an outer, tougher shell that the bubble capsule is loaded into. The outer shell will be equipped with the air compressor, batteries, and other bits that are required for travel along the vacuum tube.

Moving forward, it’s now about actually building some working prototypes. The company’s CEO, Dirk Ahlborn, says they’ve mostly solved the problems of building the partially evacuated (soft vacuum) tube, and suspending it on top of pylons. He also says that Musk’s price estimate of around $6-10 billion for a 400-mile Hyperloop is “on point,” judging by their research so far. “I have almost no doubt that once we are finished, once we know how we are going to build and it makes economical sense, that we will get the funds.”

Presumably, once the complete technical feasibility report is completed in mid-2015, plans will be drawn up for the first short-range tube — and then, who knows? As urban population density continues to climb, we could certainly do with a cost-effective replacement for high-speed rail and air travel.