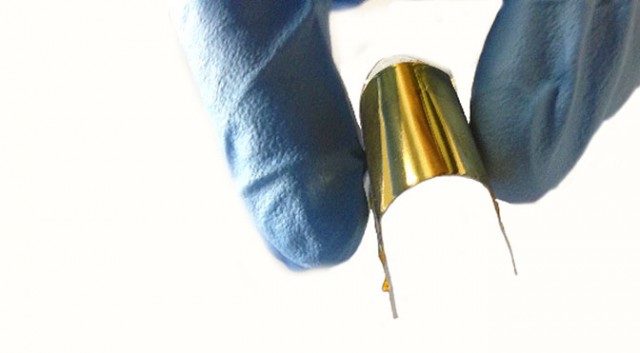 The consumer world is becoming powered by mobile devices, but those devices are still powered by being tethered to a wall or a reserve power pack. What if you could generate power for your mobile devices simply by moving your body, and the power source was almost unnoticeable? A new device developed at the National University of Singapore aims to fulfill both of those requirements.

The flexible nanogenerator resembles a small, stamp-sized patch that attaches to your skin. It uses your skin as a source of static electricity, and converts it to electrical energy — reportedly enough to power a small electronic device, like a wearable. The device, presented at the MEMS 2015 conference last week, can generate 90 volts of open-circuit voltage when tapped by a finger. The researchers presented the patch as a self-powered device that can track the wearer’s motion. 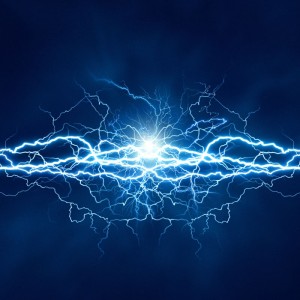 The power generates thanks to the triboelectric effect, which is when certain types of materials can become electrically charged through contact and friction with another material — in this case, the patch gains the charge through fiction with human skin. When the two materials are pulled apart, they generate a current that can be harvested. An electrode is needed in order to harvest the current, so the research team installed a 50nm-thick gold film to get the job done. The gold film sits below a silicone rubber layer composed of thousands of tiny pillars that help create more surface area for skin contact, which in turn creates more friction.

Thanks to the triboelectric effect, creating the device is easier as well — the skin is one of the triboelectric layers that helps produce the effect, so that layer doesn’t need to be built into the device itself, saving time, money, and materials. It also removes something that can go wrong with the device — having one less layer built in means that’s one less part that can break.

In the researchers’ test, a finger-tap on the device was able to generate enough current to power 12 commercial LEDs.

Aside from the obvious benefit of being able to, in theory, indefinitely power a device so long as you keep moving, this type of generator could remove the need for batteries in certain mobile devices — your smartwatch or fitness tracker could be made even thinner and lighter. Who knows — one day this type of generator could even generate enough energy to power your smartphone, perhaps even removing the battery entirely, which is one of the biggest constraints to smartphone development and design.