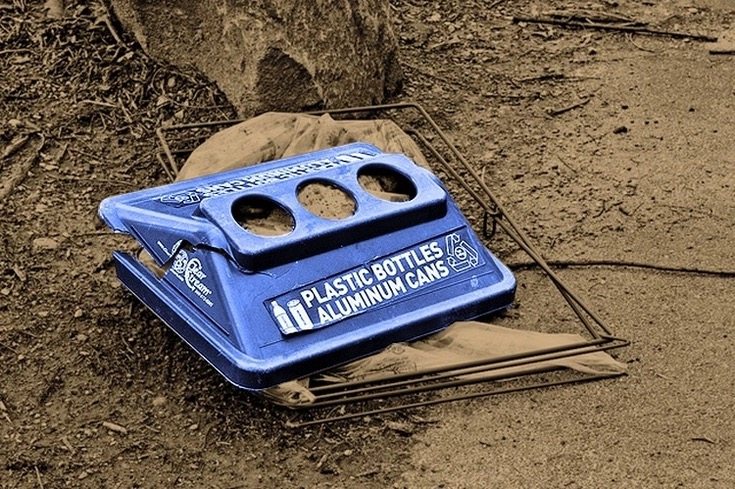 Who recycles on a daily basis?

Among people who recycle regularly, there seems to be strong correlations to education, age, and location, with college grads, older Americans, and residents in the Northeast and West leading the pack. 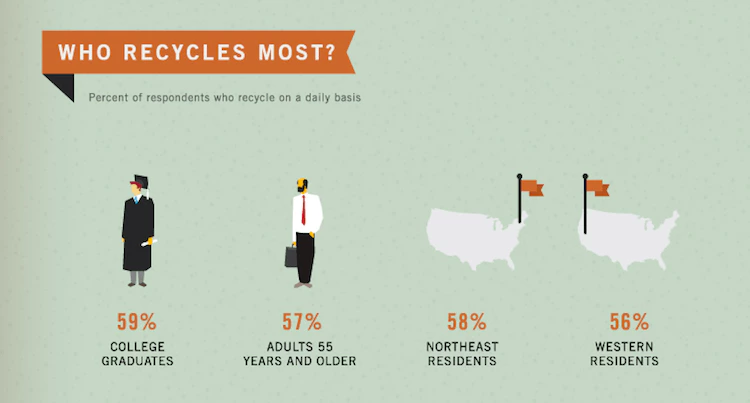 Why do people choose to recycle?

Most respondents do it for the obvious reason: It’s good for the planet.

But surprisingly, a good number of folks do it because they think it helps the economy — which it does. According to the EPA, which was citing a report by the Institute for Local Self-Reliance:

“[For] every 10,000 tons of solid waste going to landfills, 1 job is created. That same amount of waste — kept out of landfills — can create 10 recycling jobs or 75 materials reuse jobs.”

Other studies have said that if the U.S. were to achieve a 75% recycling rate by 2030, the country could create 1.5 million to 2.3 million new jobs.

But what about all those people who aren’t recycling?

The top reason people said they don’t recycle is really more of a failure of state and local governments for not making recycling more available to them. 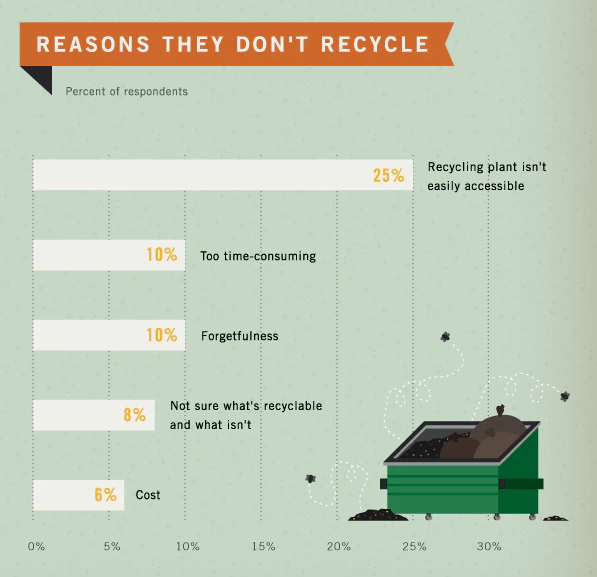 Others gave what even they might call excuses, such as “It takes too long” or “It’s hard to remember.” I hear that. I really do. But I know you can do it!

And some just think it costs too much to recycle, which is also an issue that governments need to deal with.

There is one reason people don’t recycle that we can help with right now: not knowing what to recycle.

And that is OK to admit. But instead of jamming that stuff into landfills (like half of us are doing), how ’bout we try something different? 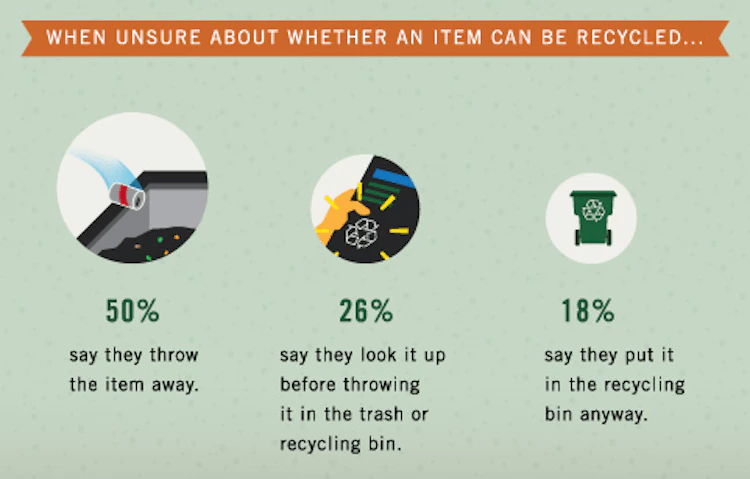 Here’s a list of recyclable materials compiled by the EPA.

Bookmark it. Print it. Slap it on your fridge. And refer to it any time you’re wavering between the trash and recycling bins. 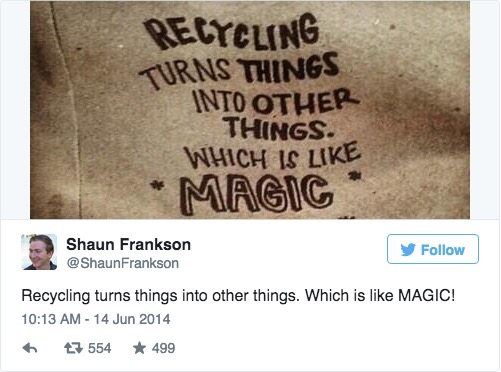 Oh, and a bonus tip: You know those empty pizza boxes that are kinda greasy and caked with melted cheese? They’re not recyclable. But they arecompostable.

Check out the full infographic from GOOD magazine: 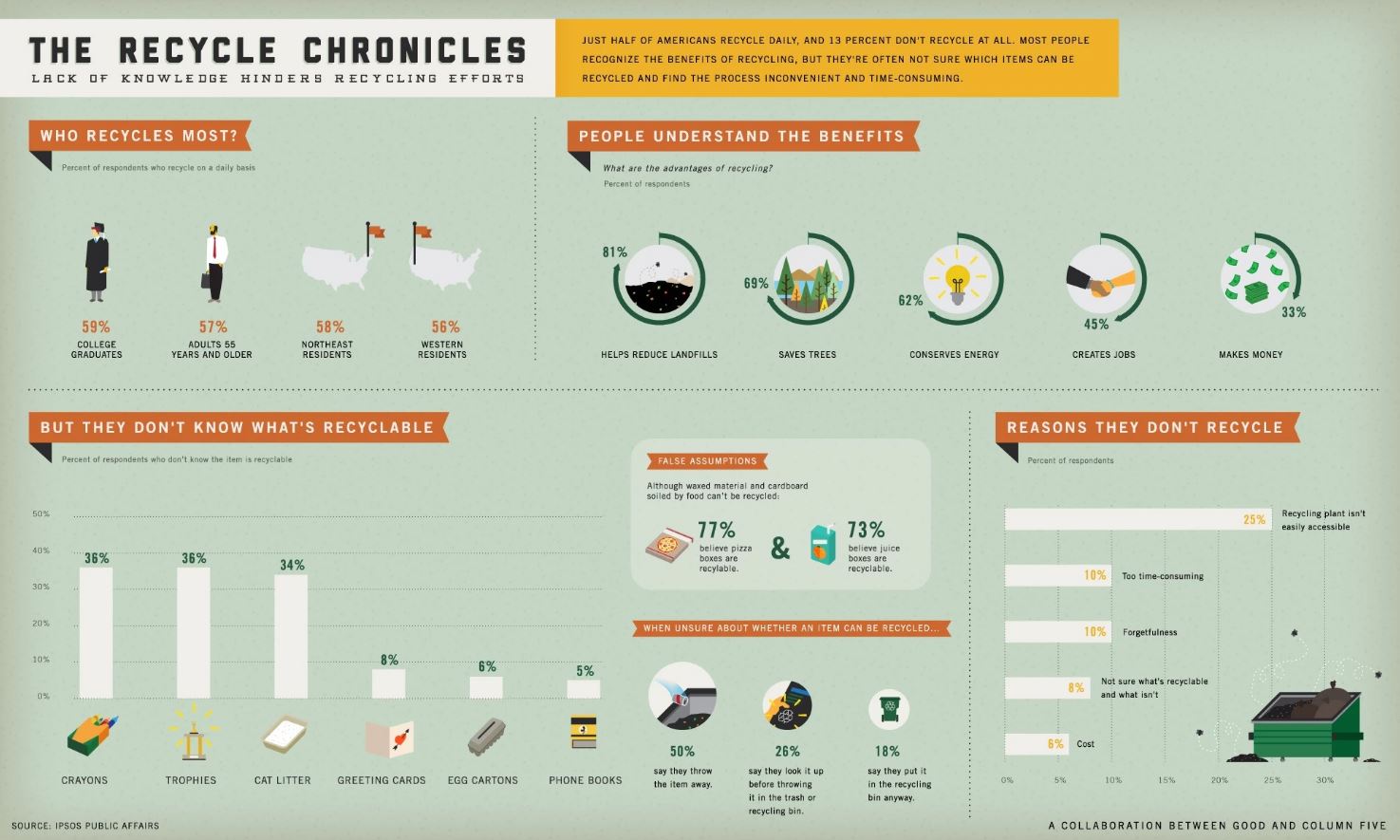