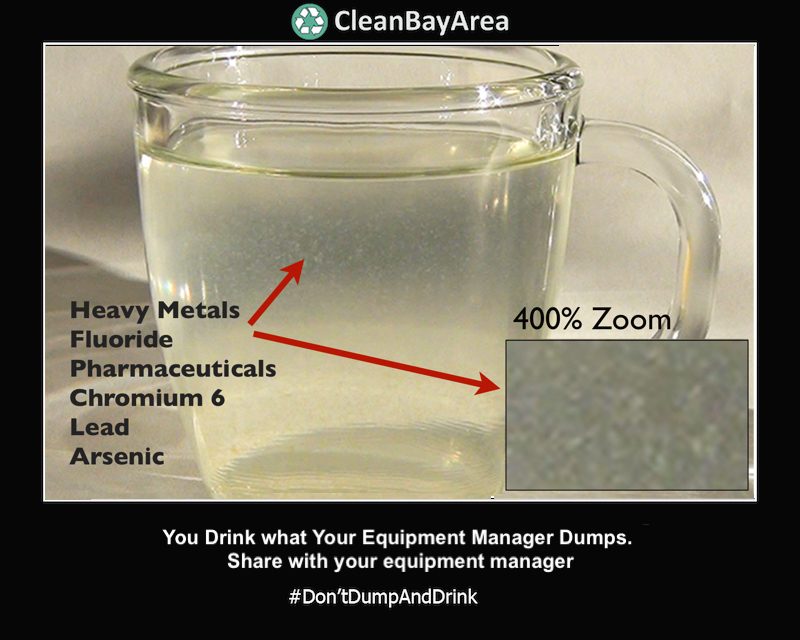 How polluted is U.S. drinking water?

Water supplies in the United States are safer than they used to be, but plenty of old and new dangers still lurk beneath the surface.
U.S. tap water is some of the cleanest on Earth, generally safe from the microbes and chemicals that have plagued humans’ water supplies for millennia. While much of the planet relies on paltry, polluted drinking water, Americans can fill a glass without fear of cryptosporidium, chromium or chlordane. 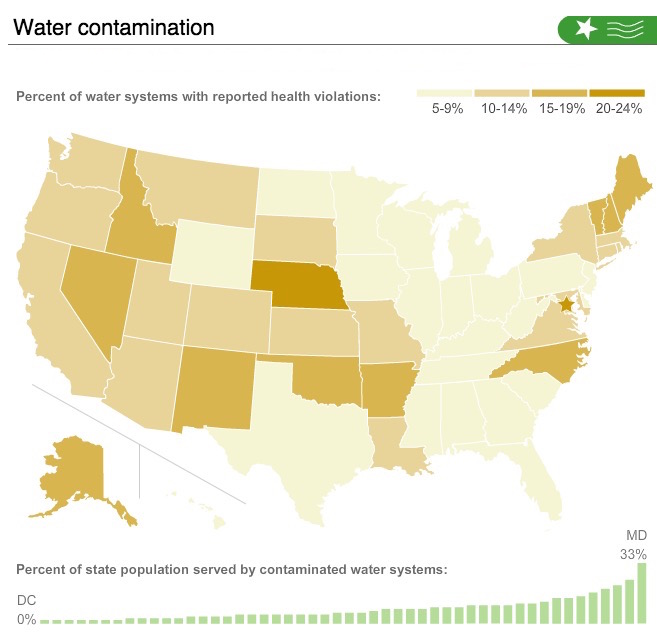 How polluted is U.S. drinking water?

This hasn’t always been the case, however — and in many parts of the country, it still isn’t. More than 40 years after the first Earth Day ushered in a new era of environmental awareness, millions of Americans still drink dangerous tap water without even knowing it.

The U.S. government had virtually no oversight of drinking-water quality before the 1970s, leaving the job to a patchwork of local laws that were often weakly enforced and widely ignored. It wasn’t until Congress passed the Safe Drinking Water Act in 1974 that the newly formed EPA could set national limits on certain contaminants in tap water. Congress later bolstered the agency’s powers with amendments in 1986 and 1996.

But despite four decades of work that made U.S. tap water safer in general, a flood of dangers still lurk below the surface. In a 2009 report, the EPA warned that “threats to drinking water are increasing,” adding that “we can no longer take our drinking water for granted.” And in 2010, the Environmental Working Group proved the EPA right, issuing a landmark report that chromium-6 is prevalent in at least 35 U.S. cities’ water supplies. Made famous by the 2000 movie “Erin Brockovich,” chromium-6 is listed as a probable human carcinogen, and the EPA is now considering whether to regulate it nationally.

The Safe Drinking Water Act covers 91 contaminants, but tens of thousands of chemicals are used in the U.S., including more than 8,000 monitored by the EPA, and many of their health effects remain unclear. Studies have linked an array of unregulated chemicals to cancer, hormonal changes and other health problems — and even some regulated ones haven’t had their standards updated since the ’70s — but no new pollutants have been added to the list since 2000. Plus, as industrial farming has grown more prevalent in recent decades, so has the risk of fertilizers and animal waste in water supplies.

In 2010, the EPA imposed stricter limits on four cancer-causing chemicals in water, and also unveiled a new strategy for taking on other water contaminants. On top of using newer technologies and working more closely with state agencies, the EPA announced plans to start evaluating and regulating chemicals in related groups instead of one by one, a move aimed at making it easier to add new substances to the Safe Drinking Water Act. But efforts to expand the 35-year-old law may still face political pitfalls, as seen recently with controversial efforts to strengthen the Clean Water Act.

As regulators struggle to maintain 40 years of halting progress in cleaning up U.S. tap water, countless Americans will inevitably be drinking unsafe water long into the future — both from unregulated pollutants and regulated ones that make it past water-treatment plants. Not all of these pollutants will be dangerous, and even some that are may only cause mild stomach pains, or may take years to show any effects. But since chipping away at the uncertainty will be a slow process, here’s a quick look at what we do know about U.S. water supplies and the pollutants that plague them. 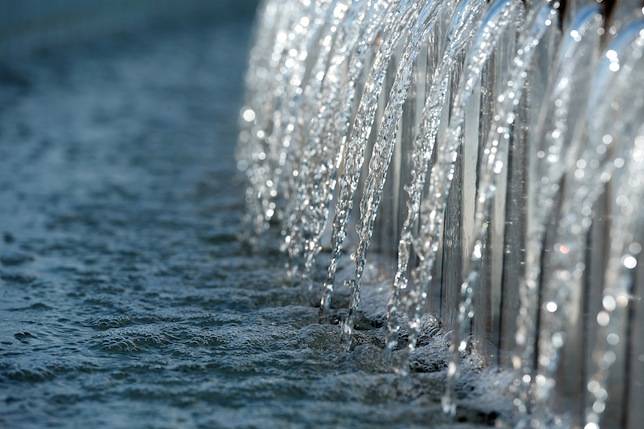 In treatment
How does pollution get into U.S. water supplies at all, since tap water has to go through water-treatment plants first? Most contaminants are filtered out or killed with disinfectants, but treatment plants aren’t foolproof, and there are ways for enterprising microbes and chemicals to either sneak through or bypass the facilities altogether.

Protecting tap water quality means fighting two interconnected battles: one against pollution as it enters waterways, and another against polluted water when it arrives at a treatment plant. The 1972 Clean Water Act is the country’s main tool for controlling source water pollution, but the law is limited by enforcement issues and legal ambiguity over which bodies of water it governs. Most U.S. water systems are fed by groundwater — which is usually cleaner than surface water since it’s filtered by soil and rocks — but big cities tend to rely on rivers and lakes, so more Americans use surface-water systems even though they represent a fraction of the country’s overall aquatic portfolio. That makes the job of treatment plants all the more important.

A typical water-treatment plant uses the following five steps to clean up so-called “raw water” before delivering it to customers:

This series of safeguards is a daunting challenge for most contaminants, especially when chlorine is thrown into the mix. But invasions still happen — one of the most infamous was a 1993 cryptosporidium outbreak in Milwaukee, Wis., that sickened 400,000 people and killed more than 100. When natural waterways are heavily contaminated, some chemicals or microbes may pass through poorly built, maintained or operated treatment plants, and in other cases, a treated reservoir may be directly polluted by stormwater runoff, illegal dumping or accidental spills. Even disinfection chemicals themselves can threaten public health in large enough quantities.

Something in the water
The summer of ’69 was a turning point in American attitudes about water pollution, thanks largely to a fire that broke out on the Cuyahoga River in Ohio. It wasn’t the first time a U.S. river had caught fire — the Cuyahoga itself had already burned nine times since the Civil War, including a 1952 inferno that cost $1.5 million — but it came at a time when environmental issues were already in the spotlight. President Richard Nixon founded the EPA a few months later, and the first Earth Day was held the next April. Within five years, the Clean Water Act and Safe Drinking Water Act were both signed into law.

EPA rules have since stifled overt water pollution like the floating oil and chemicals that burned on the Cuyahoga, but scientists have also grown increasingly concerned about subtler toxins that weren’t on the radar 40 years ago.

“While we’ve cut the flow of many conventional pollutants into our tap water sources, we now face challenges from other pollutants from less conventional sources,” Jackson said in a March 2010 speech announcing the EPA’s new water plan. “Not the visible oil slicks and industrial waste of the past, but the invisible pollutants that we’ve only recently had the science to detect. There are a range of chemicals that have become more prevalent in our products, our water and our bodies in the last 50 years. Those many thousands of chemicals are the great unfinished business of the 1974 Act.”

Even as the EPA works to control this new generation of contaminants, however, many Americans still aren’t entirely safe from the last one. Most U.S. water providers comply with federal regulations, and they’re legally required to report their compliance status to customers, but isolated risks aren’t uncommon — as the infographic at the top of this page illustrates. (The EPA has also acknowledged underreporting problems with drinking-water violations, suggesting the true number is even higher).

Underground economy
Things like arsenic, E. coli and PCBs are well-known water contaminants, but another potential threat is often overlooked by the public — underground injection, an industrial practice that involves blasting high-pressure liquids into deep underground wells. It dates back to at least 300 A.D., when it was used in China to extract salt from deep deposits, and today it’s often used in mining, drilling, waste disposal and to prevent saltwater intrusion near coasts. The EPA has limited power to regulate injection wells, granted first by the Safe Drinking Water Act and later by 1986 amendments to the Resource Conservation and Recovery Act; the idea is to prevent toxic releases without burdening U.S. energy production.
One of the most controversial types of underground injection is a method known as hydraulic fracturing, or simply “fracking,” which has become a common technique for boosting the output from oil and natural gas wells. After a well has been drilled into rock, a fluid (usually water mixed with viscous chemicals) is injected at high pressure, expanding deep fractures in the rock that are then filled with a “propping agent” (usually sand suspended in chemicals) to keep the cracks from closing once the pressure is released. The new, wider cracks then allow the oil or gas to flow more freely to the surface, improving the well’s productivity.
Fracking is hotly debated for a few reasons — some say it can cause earthquakes, while others simply don’t like the fossil fuel production it enables — but most of the controversy has focused on how it affects water supplies. There’s little comprehensive data showing how much fracking chemicals wind up in groundwater, and drilling companies aren’t required to disclose what chemicals they inject into their wells. Yet there are extreme anecdotes — such as a house in Corsica, Pa., that exploded in 2004 due to methane in its water pipes, killing three people — and growing complaints in energy boomtowns across the country. In Pennsylvania alone, there have been more than 50 cases of “methane migration” in the last five years, often resulting in natural gas bubbling out of a home’s faucets.
After years of resisting pressure to crack down on fracking, the EPA announced in 2010 that it will launch a $1.9 million study into how the practice affects water supplies — part of the agency’s broader push for better U.S. water quality, including stricter rules for mountaintop removal mining in Appalachia.

Bottle shock
With so many potential threats in tap water, is it smarter to just buy bottled water?

Many Americans seemed to think so throughout the 1990s and early 2000s, but the financial and environmental costs of bottled water are now widely seen as outweighing the slim chance of being poisoned by the kitchen sink. For one, bottled water is often little more than packaged tap water anyway, since many companies use the same municipal water sources that supply homes and businesses. Even if the company treats the water further before bottling it, the accumulated cost of buying bottles is a steep price to pay for no guarantee the water is any safer. And, of course, the main argument against water bottles is more about the bottles themselves — almost always made of plastic, they don’t biodegrade, and unless they’re recycled, they pile up in landfills, streams, storm drains and beaches, often finding their way to the Great Pacific Ocean Garbage Patch (or other garbage patches).

Water, water everywhere …
While bottled water has earned praise for offering a sugar- and calorie-free alternative to sodas at convenience stores and vending machines, it holds little water in a head-to-head comparison with the tap, given bottles’ much higher costs. Not only is the majority of U.S. tap water safe, but municipal water providers are required by the Safe Drinking Water Act to give their customers a “Right to Know” report that details what contaminants are in their water. For anyone concerned about the quality of local drinking water, that’s a good place to start.

If the local water isn’t up to snuff, home water filters can offer a more sustainable option than water bottles. A wide range of products are available, from small-scale faucet filters to whole-home reverse-osmosis overhauls. The latter can be pricey, but while smaller purifiers by companies like Brita or Pur may be a better bargain, their filters must be properly maintained. Neglecting them can allow mildew to grow, defeating the purpose of trying to purify your tap water, which was probably cleaner before it passed through a mildewed filter.