I hope you have heard or read the news lately about an anonymous lady who tossed an Apple 1 computer to an e-waste recycling center Excess Logic in Milpitas, CA and drove away without leaving any information about her.

A couple weeks later Excess Logic sold that computer for $200,000 to a private collector.

The story has been broadcasted in over 30 countries and has been picked up by every major news, radio and media outlet in the United States from TIME to CNN to BBC and was the number one trending topic in the country on June 1, 2015.

Now we are looking for the woman to reward her $100,000 according to Excess Logic’s policy.

After 4 weeks of unsuccessful searches, we have decided to ask the CEOs of lead companies in the Silicon Valley to help us in finding the elderly widow.

All we ask of them is to just wear the t-shirt, take a selfie with it on and post it to Facebook using the hashtag #Excess Logic. Once posted, the selfie’s and their companies will be mentioned and aired on the national and global news Broadcasts and media outlets across the world. 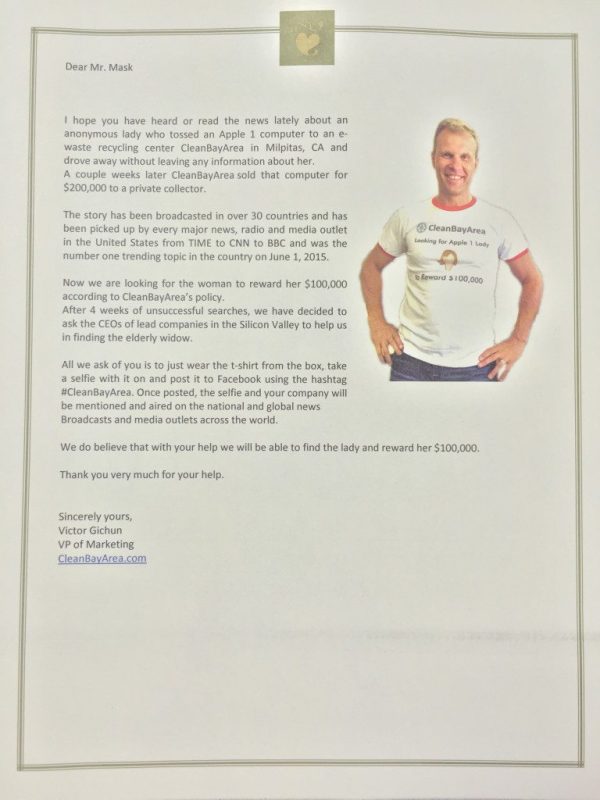 Excess Logic believes that with their help we will be able to find the lady and reward her $100,000.

Today, on June 30, 2015 Excess Logic, a Silicon Valley-based surplus equipment liquidation and e-waste recycling company has shipped custom made t-shirts to 20 CEO’s of the biggest companies to ask for help to find the anonymous woman who dropped off an Apple-1 computer to reward her $100,000. 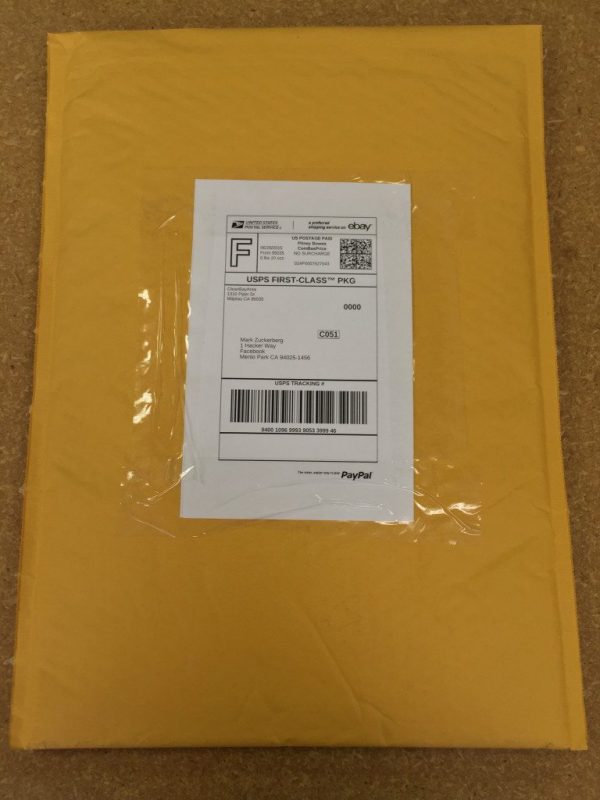 *t-shirts with printed “Excess Logic Looking for Apple 1 Lady to Reward $100,000” on the front and personal letters with ask for hep and instructions should arrive at the major companies within a week.

We’ll keep posting the news about the results of this campaign.