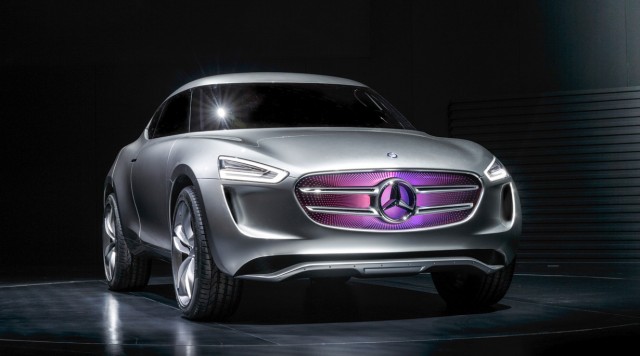 Concept cars are often amazing, as gifted engineers are given free reign to create a car that could never realistically succeed on the open market. Concept cars tend to take a particular concept or ideal and blow it out of all proportion, becoming too expensive, specialized, or downright impractical for the vast majority of car buyers. Still, even if only one model is ever actually made, these cars can have a big effect on the industry, showing companies and consumers alike just what can be accomplished when we set our minds to it. Toned-down versions of innovative concepts often make their way into more conventional vehicles, and we should definitely hope that turns out to be the case for a new concept car from Mercedes-Benz. The curvy masterpiece, called the Vision G-Code, is covered in special multi-voltaic paint that can generate fuel from both solar and wind energy.

Notice, the paint generates fuel rather than electricity — the Vision G-Code is powered byboth a conventional electric motor and a super-charged hydrogen combustion engine. The electric motor powers the back wheels, charged by conventional means as well as an array of kinetic generators in the car’s brakes and shock-absorbers. The hydrogen motor concerns itself with the front wheels, and burns the fuel to improve energy efficiency while producing nothing but water as an emissions product. What makes this odd hybrid truly revolutionary is that this hydrogen fuel need not be purchased from expensive and poorly placed gas stations, but is created on the fly by the paint job. 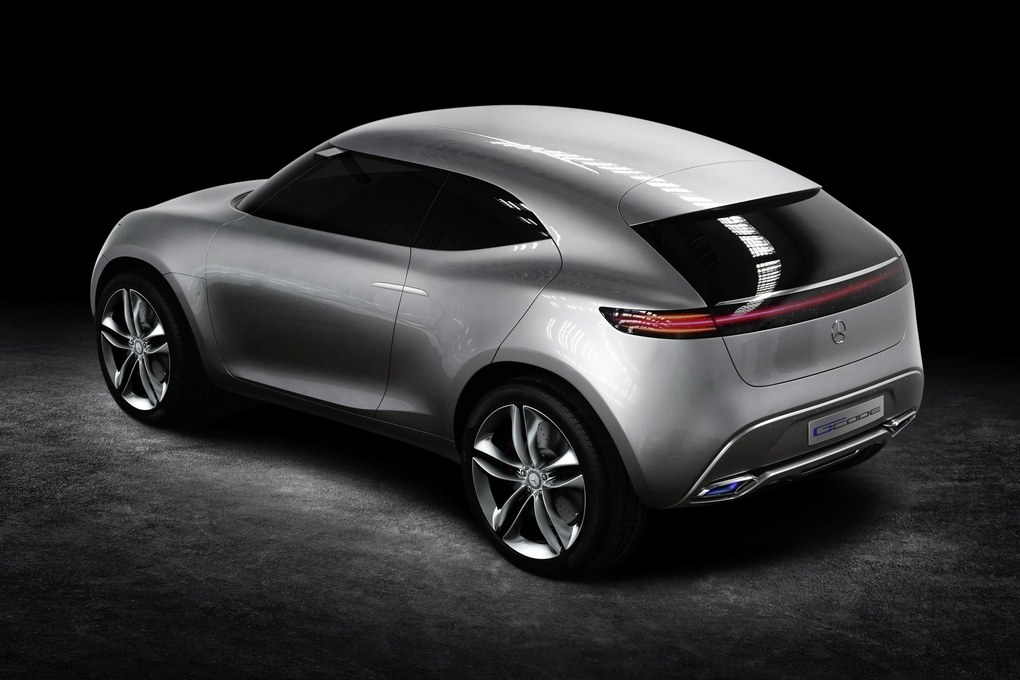 Paint-on solar technology has been coming for quite some time, but the amount of power these paints could generate has always been very low. Now, by combining cutting-edge thin-film solar technology with wind power, Mercedes can bypass direct battery charging and create hydrogen fuel to assist that battery. But wind power has traditionally been all about blocking the wind and generating power with out of the pressure this creates, but we obviously don’t want our modern, streamlined supercar to be covered with wind vanes that reduce mileage — how does this work?

Mercedes-Benz’s multi-voltaic silver paint manages to incorporate electrostatic wind generation into the paint-on solar cell. This means that just the movement of wind over the car’s body (only when stationary) will create a charge the car can use for hydrogen production. This means that as you roll up to a red light your brakes and front shock absorbers are helping to charge your rear-wheel batteries, and once you stop the wind is helping to create hydrogen to assist them — and more fuel is coming from solar energy during the whole process. 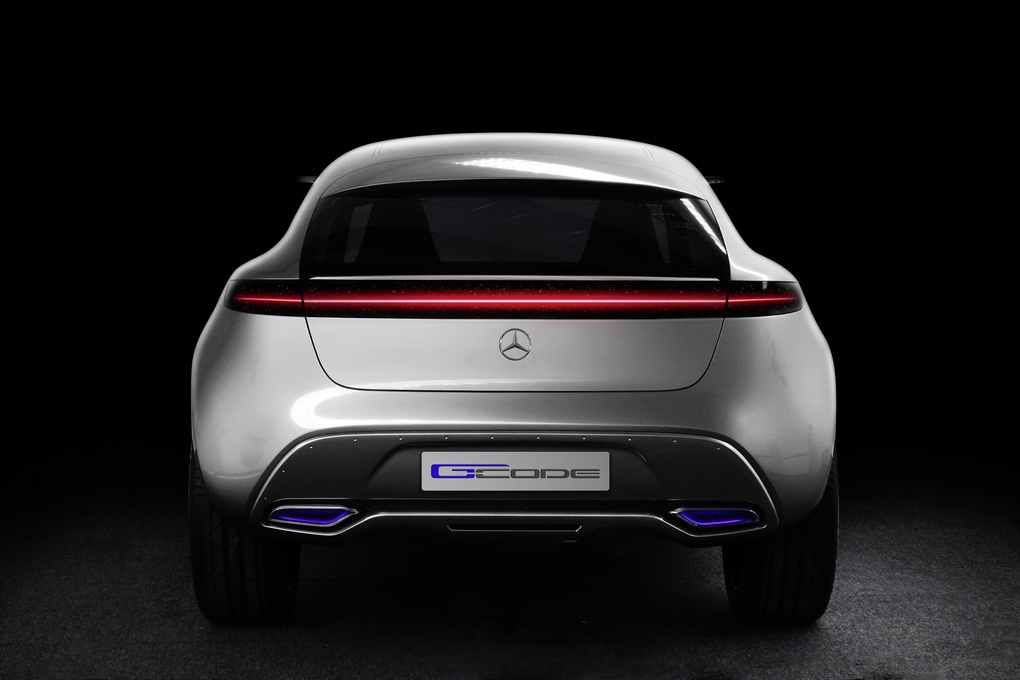 The inclusion of an electric engine seems to be an implicit acceptance of two facts: that the hydrogen production scheme on display here can’t meet a driver’s full needs, and that outside sources of hydrogen are still inadequate. The whole thing is designed to be synergistic; producing the hydrogen fuel creates oxygen gas as a byproduct, which can be pumped into the car’s interior. Burning the hydrogen fuel creates water as a byproduct — which could be ferried back to storage for electrolysis into more hydrogen. Whether you’re accelerating, braking, turning, or idling, the Vision G-Code is doing something to improve your use of energy. 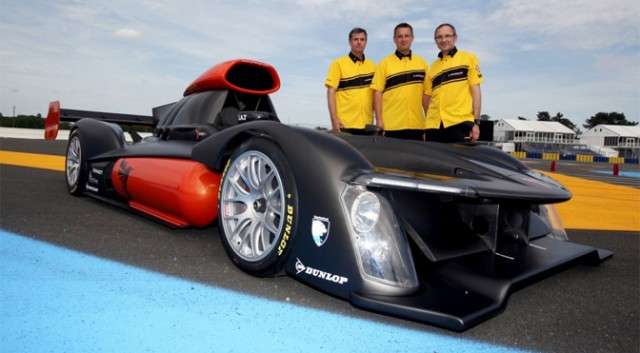 As stated above, it’s highly unlikely we’ll ever see a Vision G-Code hit the market, but the ideas on display could be applied very widely. Even leaving aside the hydrogen fuel aspect, the extensive use of passive generation technology could and should make its way into every car on the market. And, depending on the costs, durability, and physical resilience of the multi-voltaic paint, it could end up being revolutionary indeed. There are no hard figures as to how much fuel is actually produced, and thus no word on how much of a difference this paint really makes, but even if it only cuts 10% off your car’s monthly electrical draw, it could end up paying for itself fairly quickly.