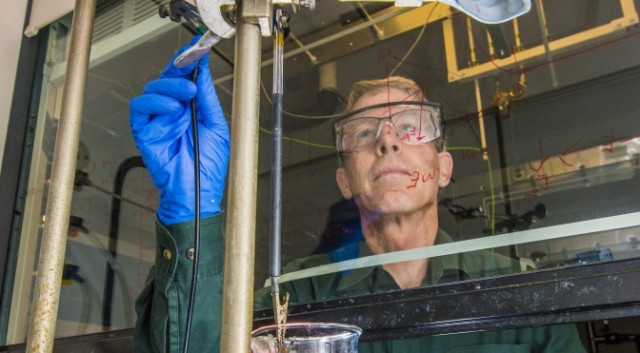 A group of researchers at Sandia National Labs have announced a major step forward in thermoelectric nanowires, hopefully paving the way for new types of efficiency-boosting mechanisms in internal combustion engines. The team’s long-term goal is to use nanowire construction to capture heat from the exhaust system and use it to power in-vehicle sensors and peripherals.

Harvesting waste energy in vehicles is a known way to improve operating efficiency, but the most common method, regenerative braking, only recovers a fractional amount of the total wasted power. As the diagram below documents, a modern car wastes 70-85% of its total energy output in the form of heat. 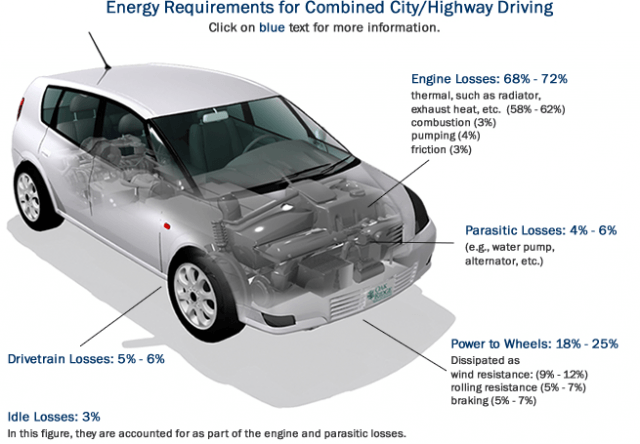 The exhaust system, of course, funnels a great deal of that heat out of the vehicle — which means that an exhaust-mounted recovery system could theoretically generate power for onboard electronics without requiring additional batteries or a larger engine.

The idea of exploiting a heat gradient to generate power isn’t just old — it’s actually critical to a number of systems. The Mars Rover Curiosity uses a radioisotope thermoelectric generator that converts the heat given off by the decay of plutonium-238 into electrical voltage using a thermocouple. The problem with virtually all thermoelectric generators is that they’re not very efficient — on Curiosity, a 2000W plutonium source is converted into just 125W of useful electrical power (the probe does use some waste heat from the plutonium to keep its systems warm). Typical efficiency is in the 5-8% range.

Nanowires typically have a dimension of 1:1000 or more (meaning their length is 1000x their widths) and are sometimes classified as 1D materials for this reason. In theory, nanowires can be used to dramatically improve electrical efficiency in a host of applications, but only if their various characteristics can be tightly controlled. The Sandia team’s achievement is that it’s managed to create a material where the test material (bismuth-antimony) was oriented properly, crystal sizes were controlled, and the alloy was uniformly deposited. All three of these features improve thermoelectric performance — nailing all three could allow for devices that perform well above the current 5-8% limit. The current wires are 70-75 nanometers in diameter and “many” microns long.

For once, a science team isn’t leaping to talk up the real-world immediate applications of a technology; according to the Sandia researchers, nanowire research is in a similar state to solar photovoltaic cells. While the potential is there for significant efficiency and performance improvements, a great deal of work is needed to make the technology competitive.

The next major milestone will be making an electrical contact across the near-single crystal and measuring its thermoelectric behavior. If the system shows increased efficiency, it could be the first step in improving vehicle efficiency by reducing the need for batteries and other electrical systems and thereby reducing overall weight. Existing RTG systems are typically extremely reliable, with few moving parts — if that can be ported to an exhaust energy harvesting systems, overall vehicle reliability could improve as well.