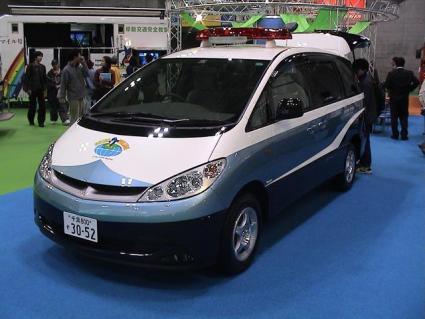 If you’re in the market for a new car, you’ve probably wondered whether hybrid cars are worth the investment. While there are a number of benefits to purchasing a hybrid car, you should also be aware of some of the potential negative environmental impacts of hybrid vehicles. When you’re fully educated on the pros and cons of hybrid vehicle purchases, you’ll be more prepared to make a car-buying decision.

Hybrid electric vehicles (HEVs) and plug-in hybrid electric vehicles (PHEVs) use several power sources to fuel movement. In the case of HEVs, the cars are fueled by a combination of traditional gasoline or diesel along with an electric battery that charges while the car is running. PHEVs, on the other hand, combine a traditional gasoline or diesel fuel source with an electric battery that can be charged when plugged into an external power source. If you live off the electric grid but you’re still interested in a PHEV, you don’t need to worry. If you don’t have an electric outlet to plug your PHEV into, you can still use it just as you would a standard HEV; the battery will still charge when the car is in motion.

While both the HEV and the PHEV cars reduce total gas mileage and emissions, there are potential environmental problems posed by each type of car.

Just because you’re plugging in your car to power it up doesn’t mean you’re automatically using clean energy. Different cities and states produce electric power through different energy sources. If your city’s or state’s power grid uses hydroelectricity, then chances are you can feel pretty good about the environmental impact you’re making with your PHEV. That said, in a study by Ohio State University, if your city’s or state’s power grid is fueled with coal or oil, you may end up emitting as much or more pollution as a traditional vehicle in order to power your car.

It’s true that hybrid cars reduce smog-forming emissions in the environment, but it may not be by as much as you think. A 2004 report by the Connecticut General Assembly stated that when comparing a traditional compact car to its hybrid counterpart, you can expect emissions to be reduced by approximately 10 percent. Greater reductions can be seen in hybrid SUVs, but the total effect of emissions reductions are between 10 and 15 percent. This is significant and helpful, but don’t assume that just because you’re purchasing a hybrid car you aren’t still contributing to air pollution. If you have the opportunity to take public transportation, ride a bike or walk around your city, you’ll contribute much more to the environment than if you simply exchange your traditional car for a hybrid.

Traditional vehicles use lead-acid batteries and have long been a source of contention in the automotive industry. Lead is a toxic chemical that can be released into the environment, causing long-term damage. Most HEVs and PHEVs use nickel-hydride and lithium-ion batteries thought to be better for the environment, but that may not entirely be true. According to the Environmental Protection Agency, nickel is a probable human carcinogen, and improperly disposing of nickel-hydride batteries can pose an environmental hazard. Also, the website HybridCars, states that there are environmental concerns regarding the mining required to create these batteries.

In addition to the nickel used in some HEV and PHEV batteries, HEVs and PHEVs use large amounts of copper in their electric drive motors and wiring. Like nickel, copper must be mined and is mined either from open pits or underground mines in a way that can lead to further environmental degradation. The University of Illinois Urbana-Champagne’s Illinois Sustainable Technology Centerfound that copper mining contributes to particulate air emissions of various metals and sulfuric acid. It is possible for mining companies to mitigate most of these emissions, but not all copper mines do. Open pit mining is also known as strip mining, and involves the stripping of surface grasses, trees and dirt to unearth the deposits of minerals.

In addition to some of the negative environmental impacts of HEVs and PHEVs, hybrid vehicles may pose potential safety problems. The electric components of the vehicle that allow it to be so fuel-efficient also mean that the engine has high-voltage wiring. Hybrid Cars.org is concerned that if the car is in a car crash and some of these wires are exposed, emergency personnel or other individuals at the crash site may be at risk of electrocution.

Hybrid vehicles are expensive. HEV and PHEV parts are technologically advanced and cost a fair amount to purchase, so the overall sticker price of a hybrid vehicle is considerably higher than a traditional car of the same size. According to Cars Direct, most sedan-style hybrid cars range in price from $23,000 to $35,000 MSRP. For an example of the difference in price between a traditional car and a hybrid car, Kelley Blue Book lists the MSRP of a 2012 standard Honda Civic Hybrid as $24,800 while the 2012 standard non-hybrid Honda Civic sedan is listed at $17,355. Cars Direct indicates that you can expect to spend roughly $2,000 to $10,000 more on a hybrid car than you would on its traditional counterpart.

HEVs and PHEVs do have great potential to improve total environmental impact if widely accepted, but that doesn’t mean the technology is 100 percent green. Knowing the facts about the negative impacts of hybrid vehicles will help you make an informed decision when you invest in your next car.