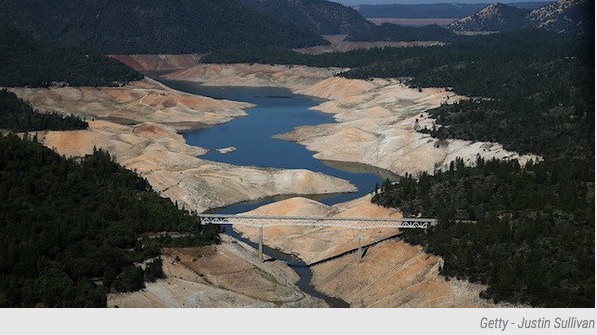 “California” and “Drought” seem to be synonymous, and yet it seems no politician wants to truly tackle the ominous task of long term water storage – until today.

In an unprecedented move, Governor Jerry Brown ordered a mandatory 25% reduction in California’s water usage. The reason for the sudden restrictions, according to the Los Angeles Times:

Early data show the snowpack is lower than any year since 1950, when record keeping began. Never before has the amount of water in the snow on April 1 dipped lower than 25% of the historical average for that day.

These restrictions will be imposed on all cities and towns, although farmers may be hit hardest, according to Bloomberg:

About 80 percent of California’s supply goes toward its $48.8 billion industry producing dairy, beef, eggs, fruits, nuts and vegetables. The state’s San Joaquin Valley, sandwiched between coastal hills and the Sierra Nevada, is the most productive agricultural region in the world. 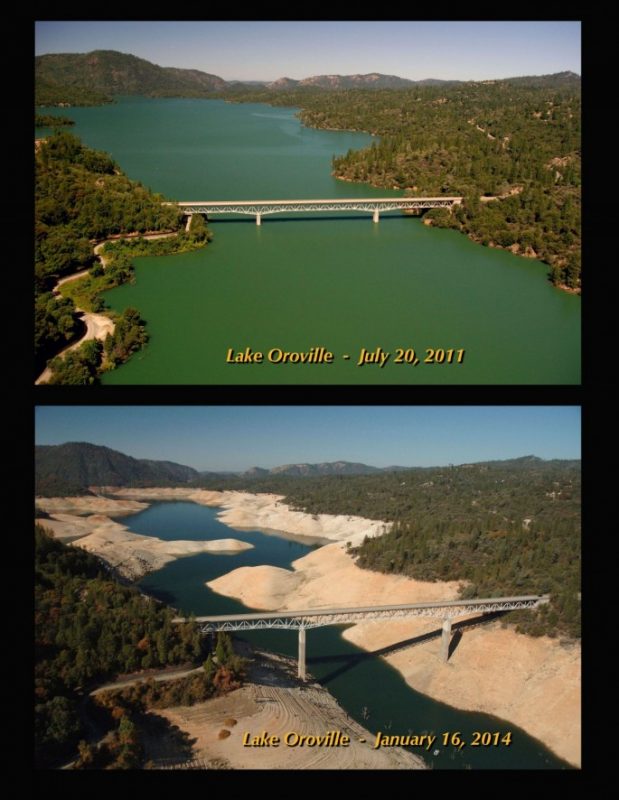 The Times also reported on some ‘good’ news, though:

The rest of the state’s water picture, though, doesn’t look as dreary.

Major storms that hit California in December and February were warm, and fell as rain rather than snow. Though precipitation is below the state’s historical average, the northern Sierra stations have already gotten more rain since October than during all of the 2013-14 water year, which lasts from Oct. 1 to Sept. 30….that rain has helped refill the state’s reservoirs.

Governor Brown’s mandatory water restriction legislation may be considered excessive by some, but he isn’t taking any chances. According to Reuters:

Brown last week signed emergency legislation that fast-tracks over $1 billion in funding for drought relief and water infrastructure within the parched state. Brown claims this move, which comes as California reports its lowest snowpack levels on record and is a first of its kind in California, would save some 1.5 million acre-feet of water over the next nine months.

How will this water shortage financially impact not only California, an already heavily taxed and regulated state, but the rest of the world where California dairy, beef, eggs, fruits, nuts and vegetables are exported?