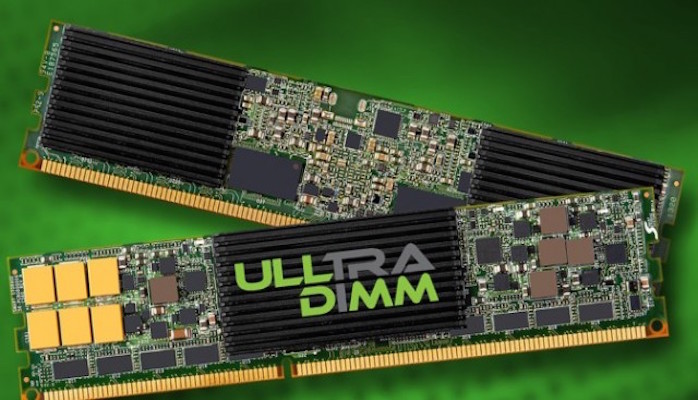 We’ve previously discussed SanDisk’s ULLtra DIMM technology on several occasions. Developed by Diablo Technologies, this approach allows for a large SSD cache to run via a RAM slot rather than a conventional SATA drive. The reason for taking this approach is that it can drastically improve access latencies and speed data transfers, key factors for the lucrative high frequency trading (HFT) market. Now, however, a federal judge has blocked Diablo Technologies and SanDisk from shipping hardware based on a lawsuit filed by Netlist, a US company that manufacturers and designs its own high-performance memory subsystems.

The judge agreed with the injunction because he found “the evidence indicates that Netlist is likely to prevail by showing that Netlist Technology… was used by Diablo to develop” its controllers. “By misusing the technology that Diablo had been given in confidence under the Supply Agreement [with Netlist], Diablo gained an advantage it would not have otherwise had.”

SanDisk had asked the court for permission to at least sell off its current stock in Diablo’s hardware, but the judge has denied that request. Diablo Technologies’ own lawsuit against Netlist, alleging breach of contract and arguing that its previous agreement with that entity gave it the right to develop SanDisk’s ULLtraDIMM product family, has also been thrown out. The entire case is now set to move to trial by early March of this year.

Other analysts have pointed out that a relatively modest settlement of $25-50M would double the market cap of Netlist and give the company substantial additional funds, but it’s not known if any such agreement is in the works. Analyst opinion is that, having prevailed with the injunction, Netlist is highly likely to prevail on the case as well. Sometimes the alleged fraud is open-and-shut, and the strength of the judge’s decision implies that Diablo Technologies truly walked off with technology that simply wasn’t theirs to use.

This ruling will impact shipments of ULLtraDIMMs to multiple server companies, including IBM, Lenovo, and Huawei. It could also hit SanDisk’s earnings; UltraDIMM was a substantial part of the company’s roadmap for 2015 and a major component of its overall strategy.