Homepage / Blog / Technology / Tech Perspectives For the Next 15 Years: And Why They Matter Urgently 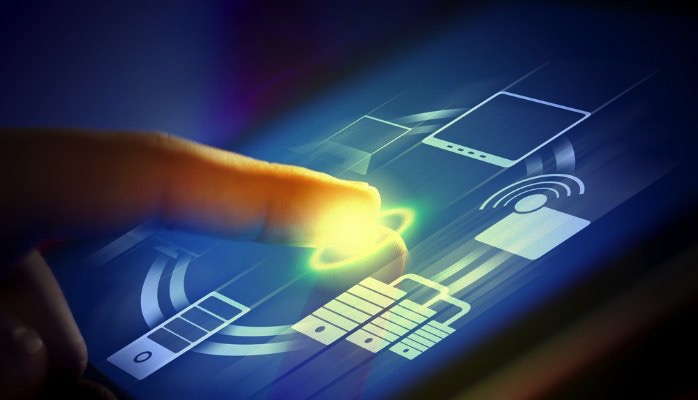 Tech Perspectives For the Next 15 Years: And Why They Matter Urgently

The communications industry is undergoing a massive transformation. It is so fundamental; it will affect every person and every business on the face of the planet in the next 10 to 15 years. You can look at it as the third wave, comparable with the way railroads, automobiles and planes transformed life in the 20th century.

Every application of BSS/OSS will move from legacy to one global, virtual, seamless IP world, based on IP and wireless. The internet that emerged as a mass medium in the 1990s wasn’t designed for this, and at the moment we’re only applying quick fixes. We need networks and an internet that are designed for sextuple play – that is quadruple play (phone calls, broadband, IPTV and mobile), plus sensory-based services (for example, applications in medicine and construction), plus financial services.

These two new categories cannot tolerate latency in the networks, nor packet loss. Real-time and reliable are the key words here. We now need to be thinking how we change the internet to support these types of functions. The thinking in the 1990s was that the core network should be dumb, with the intelligence around the edge.

1. IP networks must be ready for sextuple play, including sensory, gaming and IOT based devices.

2. Security requirements must move from a reactive, defensive 3P model (Proactive, Predictive, Preventative) onto the offensive – otherwise there will be problems of biblical proportions.

3. All future IP services will be designed for three screens – mobile, TV and PC.

6. Video requirements especially around Ultra High Definition video signals will drive future IP network design and architecture, including use of SDN and NFV based services.

7. Broadband wireless will be common – locality is now important for presence and advertising – not routing.

8. Access speeds will no longer be bottlenecks and we will have access routers or switches at 10Gbps, and data will be symmetrical down and up link. New services will start generating billions for service providers worldwide.

This was a big move from decades of engineering, where the intelligence was in the core public-switched telephone network, and the end devices were dumb – corded and cordless phones. This was a kind of IP bigotry, and it was clear to me that we would be storing up security problems of biblical proportions if we followed this line of thinking.

In my mind, the best solution was intelligence in the core and at the edge in the form of smart devices and, over the last decade, this has happened with the great proliferation of smartphones which are getting cheaper and becoming more and more available to the masses all the time. This too has introduced more security issues: attacks on networks used to be against the core and Microsoft Windows, now criminals are targeting Apple and apps.

Cyber crooks have become more sophisticated in other ways, too. The code they used was sloppy and it was a kind of carpet-bombing approach. Now it’s more like stealth fighting; the challenge is to detect what’s going on and the only way we can do that is to deploy technologies like deep packet inspection.

We haven’t yet seen any indication of the real force of cyber warfare that lies ahead, where personal information is the target. We live in a world where Apple offers over 1M applications, there are 200,000 Android apps, not to mention all the other app stores – and another 5,000 are appearing daily. Taking a reactive approach to security is of no use – the damage is out there and has been done.

We need to be predictive and proactive, and concentrate on protecting individuals’ private information. There are now more wireless devices in use worldwide than toothbrushes, and people use them for just about everything. We need to acknowledge that and act. Action is needed regarding the provision of bandwidth to keep up with demand too.

We are moving into an era of high-definition everything and we’ll need 4G and 5G networks to provide the necessary quality of service and reliability. If people are unhappy with one service provider, they’ll churn. Lots of network operators are not investing enough in the provision of bandwidth to meet this situation and things are only going to get worse when they start losing customers as well.

Operators need to think of cheap ways of offloading traffic from their networks – I call this off-hauling. It might be in the form of Wi-Fi, a 4G network or infrastructure provided by somebody else.

There is also another major source of traffic on the horizon. After more than a century of heavily text-based communications, we’re moving into a new era of speech communications propelled by huge advances in speech recognition. It’s an area where the rate of innovation is five times that of any other area of IT and communications, and it’s going to transform the way we talk to each other.

In the next decade to 15 years, if I’m talking to someone in Italian and they are an English speaker, we’ll have simultaneous translation at both ends, so the issue of a language barrier affecting communication will disappear. CxO level executives need to be thinking about all these issues (as shown in the diagram below).

My objective is to help operators become more profitable in sustainable ways. If they do not take these issues on board, they will be left with nothing but infrastructure. They need to move away from thinking about themselves as primarily infrastructure providers and instead, see AND act like software companies. Right now, they haven’t got the expertise to do so. They need to address that issue urgently, laying the foundations for what’s coming now.

In the 1990s, operators concentrated on data mining. Since the turn of the century, they have focused on business intelligence, based on that data, but it is not generated in real time. They need to move on, building knowledge from their many sources of intelligence in real time, otherwise when a major virus hits the computer, it’s game over.

At the moment, 50 million terabytes of traffic are generated every day (50 exabytes). We are already getting to the stage where databases are getting bigger and bigger, and eat up storage. We desperately need to come up with ways of compressing data while preserving its information value. Again this is a source of great concern that will soon become a pressing problem.