Homepage / Blog / Computing / The top 10 countries for embracing IT 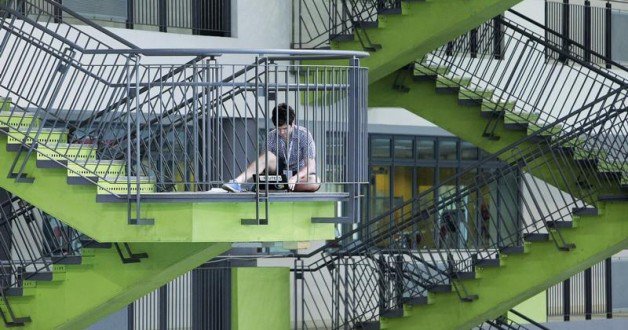 The top 10 countries for embracing IT

Which economies are best placed to benefit from new information and communication technologies (ICTs), bridge the digital divide and extract value from big data?

Excess Logic continues reposting interesting articles. We trying to pay your attention how important to recycle obsolete electronics and e-waste to protect the environment. We’d like you to recycle e waste instead of disposing it into dumpsters. 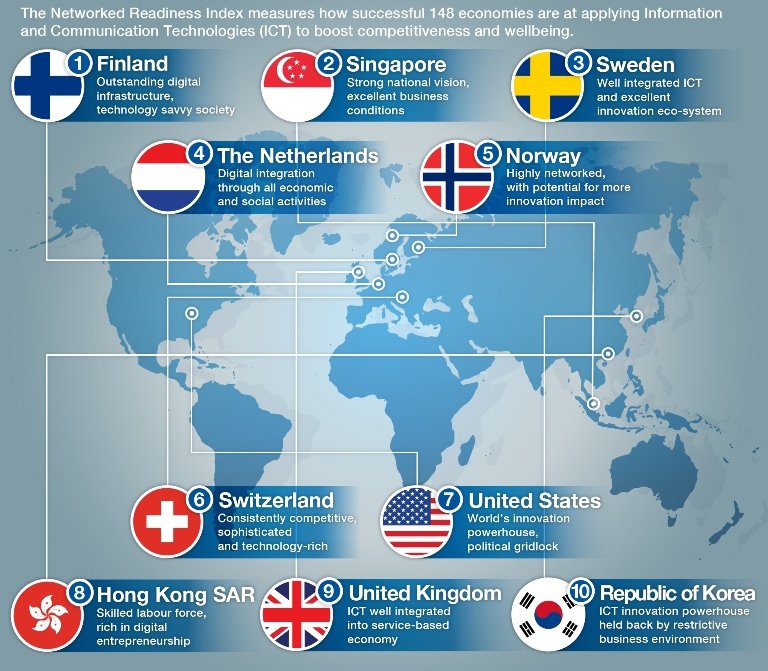 The Networked Readiness Index (NRI), part of the 2014 Global Information Technology Report: The Risks and Rewards of Big Data, published today, ranks 148 countries for the quality of their digital infrastructure and ability to use ICTs to generate economic growth, foster innovation and improve the well-being of their citizens.

Here is a list of the top 10 economies making the most of the digital age, according to the NRI:

1. Finland tops the rankings for the second consecutive year, thanks to its outstanding digital infrastructure, which the Global Information Technology Report (GITR) says is the best in the world. With more than 90% of its population using the internet, and with high levels of innovation, Finland is reaping the rewards of investing heavily in ICT in the mid-1990s, which it did in response to a financial crisis.

2. Singapore remains in second place in the NRI. Supported by a government with a clear digital strategy, which offers an ICT infrastructure that is relentlessly being improved, and the best online services and highest-quality education systems in the world, this city state has become a knowledge-intensive economy and ICT powerhouse.

3. Sweden stays in third place, reflecting its world-class yet affordable digital infrastructure and stable pro-business environment, despite high tax rates. These strengths have led to outstanding use of ICTs by individuals, businesses and government, as well as one of the highest innovation performances in the world, making Sweden a truly knowledge-based society.

4. The Netherlands also retains its high ranking from the 2013 index. This service-based economy has quickly and skilfully recognized the importance of ICTs in boosting innovation and competitiveness. Information technology permeates all sections of society in the Netherlands, with nearly everyone able to access a computer and home internet connection, and a large number of government services available online.

5. Norway, with a well-developed and affordable ICT infrastructure, sits in fifth place in the NRI. Digital uptake is almost universal among Norway’s population: 95% are internet users and more than 90% have access to a personal computer and internet connection at home. In addition, the country benefits from a stable pro-business and pro-innovation environment and a government that is aware of the importance of connectivity for the economic and social development of a geographically vast nation with a widely dispersed population.

6. Switzerland benefits from an excellent, if expensive, ICT infrastructure and a strong education system that provides the necessary skills to create a knowledge-based, technology-rich economy. These assets, coupled with a stable political and regulatory environment and excellent conditions for innovation and entrepreneurship, have resulted in outstanding digital uptake and use by businesses.

7. The United States moves up two positions to seventh on the list, thanks to improvements in many areas of the index, including the country’s already strong business and innovation environment and ICT infrastructure, notably in terms of wider access to international internet bandwidth. Overall, the country has seen a robust uptake of digital technology by all major stakeholders, whether businesses, governments or individuals.

8. Hong Kong has shown the most pronounced improvement among the top 10, climbing six positions to eighth place. This has been driven by improvements in conditions for innovation and entrepreneurship, better skills training and increased use by both business and government. Hong Kong enjoys a well-developed infrastructure, and this has had a positive economic and social impact.

9. The United Kingdom drops two places from last year. Like the Netherlands, the UK was early in recognizing the importance of ICTs, especially to innovation and competitiveness, and as a result has become highly digitized, with a thriving e-commerce environment. This, coupled with a pro-business approach, has had wide-ranging economic and social benefits.

10. South Korea moves up one position and enters the top 10. A country that has based its economic success largely on the ICT industry, Korea’s government ranks first in the world in terms of online services. The country’s focus on developing its technological capacity as part of its economic development strategy has also improved its reputation for innovation.