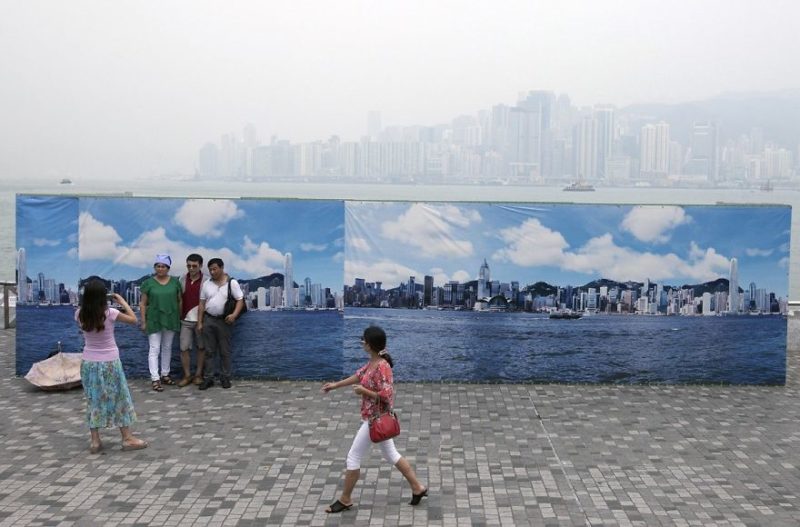 These 14 Photos Capture How Polluted China Has Become, And It’s Terrifying…

From the trash-strewn Great Wall of China to oil-filled lakes, this land and its people are suffering from the effects of unsustainable industrialized living

In case you haven’t heard, China has declared war on pollution, as rates of environmental toxicity are beyond tolerable and are negatively affecting its population. As reported by NationalInterest, the first thing you notice when arriving in China is a cloud of smog that hugs its industrialized cities.

And that toxicity is the #1 source of social unrest for Chinese citizens. In fact, it’s so bad, individuals are forced to wear masks on their daily commute to work as pollution in cities like Beijing is 40 times higher than International Safety Standard.

But if statistics don’t speak loudly enough, the following photos certainly do. China may be the world’s leading supplier of goods, but the repercussions from its unsustainable industrial habits (which fuel the lives of many who are reading this piece) are having a devastating toll on the environment and health of its people.

Scroll through and see just how toxic some of China’s landscapes and cities have become.

#2 Woman Walks Through Smog in Beijing, Where Small-Particle Pollution Is 40 Times Over International Safety Standard

Read how to do data center recycling in Sunnyvale, Santa Clara, Milpitas

#4 Pollution From A Factory In Yutian, 100km East of Beijing

Read how to do lab and R&D equipment recycling in Menlo Park, Sunnyvale, Fremont

#7 The Great Wall Of China – There Are No Words…

#8 A Child Jumping Over Trash At A Village in Jiaxing