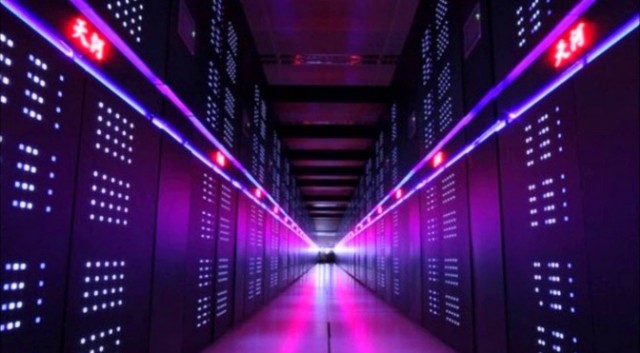 A major planned upgrade to the most powerful supercomputer in the world, the Chinese-built Tianhe-2, has been effectively canceled by the US government. The original plan was to boost its capability, currently at ~57 petaflops (PFLOPS), up to 110 PFLOPS using faster Xeon processors and Xeon Phi add-in boards. The Department of Commerce has now scuttled that plan. Under US law, the DoC is required to regulate sales of certain products if it has information that indicates the hardware will be used in a manner “contrary to the national security or foreign policy interests of the United States.” 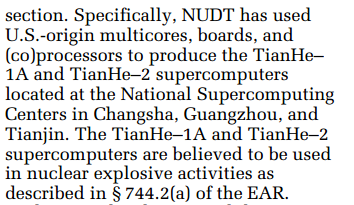 According to the report, the license agreement granted to China’s National University of Defense Technology was provisional and subject to case-by-case agreement. Intel, in other words, never had free reign to sell hardware in China. Its ability to do so was dependent on what the equipment was used for. The phrase “nuclear explosive activities” is defined as including: “Research on or development, design, manufacture, construction, testing, or maintenance of any nuclear explosive device, or components or subsystems of such a device.”

In order to levy such a classification, the government is required to certify that it has “more than positive knowledge” that the new equipment would be used in such activities. But the exact details remain secret for obvious reasons. For now, the Tianhe-2 will remain stuck at its existing technology level. Intel, meanwhile, will still have a use for those Xeon Phis — the company just signed an agreement with the US government to deliver the hardware for two supercomputers in 2016 and 2018.

There are several ways to read this new classification. On the one hand, it’s unlikely to harm Intel’s finances — Intel had sold hardware to the Tianhe-2 project at a steep discount according to many sources, and such wins are often valued for their prestige and PR rather than their profitability. This new restriction won’t allow another company to step in, even if such a substitution were possible — it’s incredibly unlikely that IBM, Nvidia, or AMD could step in to offer an alternate solution.

It’s also possible that this classification is a way of subtly raising pressure on the Chinese as regards to political matters in the South China Sea. China has been pumping sand on to coral atolls in the area, in an attempt to boost its territorial claim to the Spratly Islands. The Spratly Islands are claimed by a number of countries, including China, which has argued that its borders and territorial sovereignty should extend across the area. Other nations, including the Philippines, Brunei, Vietnam, and the US have taken a dim view of this. Refusing to sell China the parts to upgrade its supercomputer could be a not-so-subtle message about the potential impact of Chinese aggression in this area. 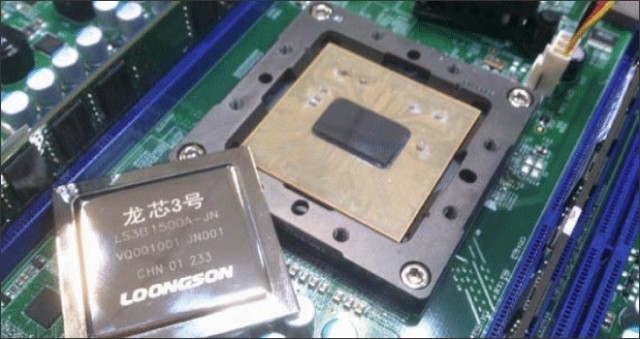 Read how to do e-waste and hi-tech equipment recycling in San Jose, Sunnyvale

Restricting China’s ability to buy high-end x86 hardware could lead the country to invest more heavily in building its own CPU architectures and investing with alternative companies. But this was almost certainly going to happen, no matter what. China is ambitious and anxious to create its own homegrown OS and CPU alternatives. The Loongson CPU has continued to evolve over the last few years, and is reportedly capable of executing x86 code at up to 70% of the performance of native binaries thanks to hardware-assisted emulation. Tests on the older Loongson 2F core showed that it lagged ARM and Intel in power efficiency, but the current 3B chip is several generations more advanced. These events might spur China to invest even more heavily in that effort, even though the chip was under development long before these issues arose.