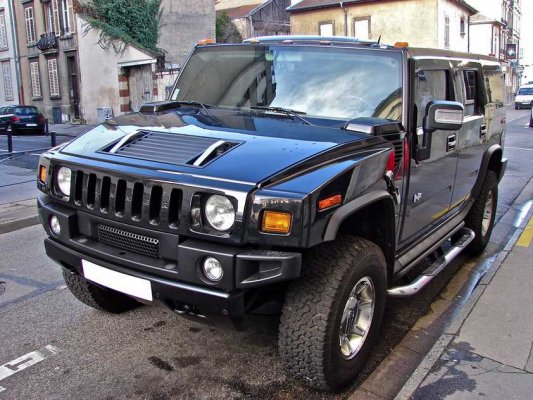 Walking May Be Worse For The Environment Than Driving

It may be counterintuitive, but walking might be worse for the environment than driving.

That’s the conclusion Richard B. Mckenzie, a professor of Economics at the Paul Merage School of Business comes to in his blog post on EconLib.

Because of the way food supply chains work, walking a mile — and consequently expending calories that need to be replaced — might actually be more wasteful and polluting than driving a mile.

He takes the example of a 180 pound man who chooses to walk a mile to work instead of driving. Walking a mile will burn 200 calories more than the 2000 calories he burns just to survive. Producing food worth 200 calories takes up to 3000-4000 calories. So a person that drives a high fuel economy car that burns 40 miles per gallon will be using only a half to two-thirds of the energy than the walker uses in replacing the calories he expended on walks.

The heavier you get, the less efficient walking is, as a heavier person would burn more calories from walking a mile. So walking can be 1.5 to 2 times more polluting than driving a high mileage car.

The reason for this is the way the food supply chain in the US is structured. McKenzie provides a breakdown of how the farm sector uses energy:

“Many categories of farm equipment—such as tractors, mowers, trucks, cars, balers, and combines—can be as gas-guzzling and polluting as the eighteen-wheelers on the nation’s highways.

The nation’s entire food industry—ranging from the production of fertilizer and pesticides to crops and livestock to food processing, packaging, and transportation and then on to food preparation by consumers—uses nearly a fifth of the fossil energy burned annually in the United States.

Field hands who actually pick crops hunched over rows need to eat extra-large energy-dense meals to replace the 5,000 (or more) calories they can burn daily, and the calories they down are also produced in energy-intensive ways.

A major input in agriculture is natural gas, and the cost of natural gas can be as much as 90 percent of the total production cost of fertilizers and pesticides.”

In addition to these, harvesting beef not only uses more energy as the animals need to be fed, but it also produces polluting gases like methane from the cows themselves. Once the food is produced, its conversion to energy in humans is also pretty inefficient. The amount of energy food produces is only about 13.5% of the energy used in its production. That’s less efficient than most cars.

Electric cars don’t really solve the problem either. While they don’t pollute by producing exhaust, most of the electricity in the US is obtained from coal, which puts out 6.5 ounces of carbon per mile, which is about half the emissions of gasoline-powered cars.

But don’t go out and buy yourself a new Hummer just yet. The less mileage your car has, the better walking looks in comparison. Also, if you’re eating a mostly vegetarian diet, your energy consumption and pollution through food is minimized.