Homepage / Blog / Alternative energy / What is the real range of an electric car? Tesla helps us find the answer. 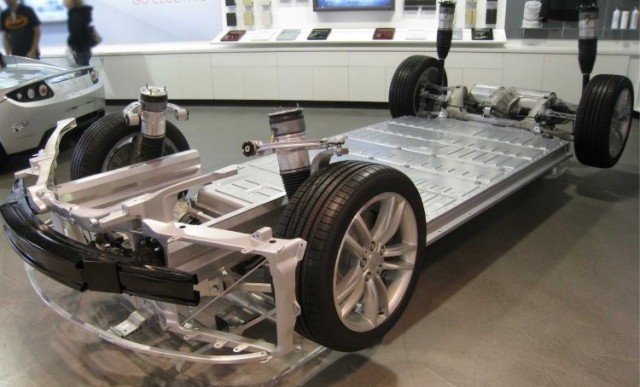 What is the real range of an electric car? Tesla helps us find the answer.

The last few years have been very kind to electric cars, mostly thanks to the ice-breaking carried out by the Toyota Prius hybrid, and then the runaway success of Tesla’s Model S.

Excess Logic congratulates you with New 2015 Year and wishes you Happy New Year and good luck. We continue reposting interesting articles. We trying to pay your attention how important to recycle obsolete electronics and e-waste recycle e waste instead of disposing it into dumpsters.

The next few years, with the imminent arrival of new models from Tesla and innovative new models and ranges from heavy-hitters like BMW, will undoubtedly cement the EV as the Next Big Thing in automotive tech. Despite their surge in popularity, however, one question has never really been answered properly: What exactly is the range of an electric vehicle? Is it really 350 miles as Tesla claims, or is that some kind of miraculous edge-case that can only be obtained if you’re coasting down hill with the windows closed on a sunny day?

Thanks to some detailed figures from Tesla, we may finally have an answer.

The real driving range of an electric car

A battery, whether it’s a lithium-ion battery in your smartphone or an alkali AA battery in your TV remote control, has a maximum amount of energy that it can hold. In the case of your smartphone, that figure is probably around 10 watt-hours (Wh) — in the case of a Tesla Model S, it could be up to 85 kilowatt-hours (kWh). This listed capacity is only obtainable under perfect conditions, however: Operating temperature, age, and other factors can significantly reduce the battery’s capacity and efficiency. 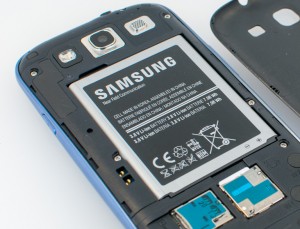 The other big factor when discussing the range of any vehicle, be it gas, diesel, or electric, is efficiency. Using larger tires with a higher rolling resistance can increase energy consumption by a few percent. Likewise, the increased drag from opening your windows can hit your battery life (or fuel tank) for a few percentage points as well. Another big hit is heating and air conditioning: For electric vehicles, HVAC can reduce your range by more than 10%.

Perhaps most importantly, though, is the speed at which you drive: Wind resistance (drag) is proportional to the square of your velocity, and so a speed increase of just a few miles per hour results in a massive increase in drag, especially at higher speeds. For example, Tesla quotes a range of 408 miles for the Model S 85D if you stick to 45 mph on the highway — or just 269 miles if you do 75 mph.

The range of the Tesla Model S

Most of this data comes directly from Tesla, which recently published details for the four versions of the Model S: the 60, the 85, the 85D, and the P85D. As you can see in the graphs below, despite the published EPA range of 265 miles for the 85 kWh battery pack, the actual range will vary a lot depending on how you drive the car. 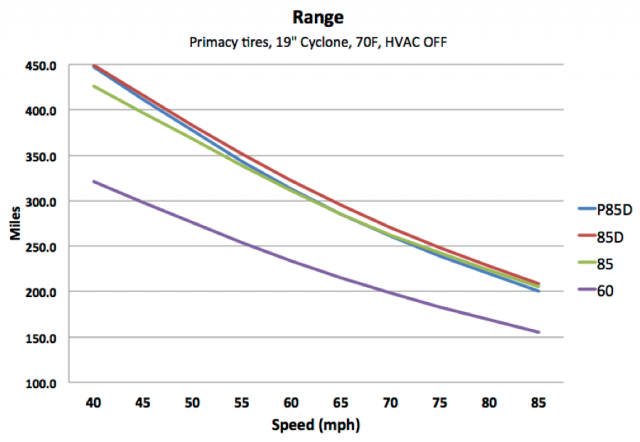 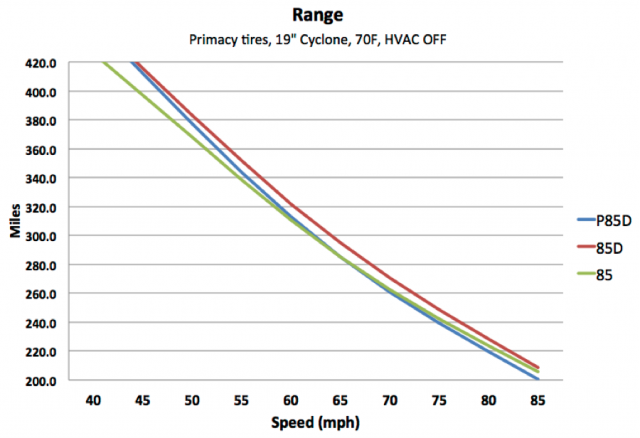 This second image zooms in on the slight differences between the single-motor Model S 85, and the dual-motor 85D and P85D. As you can see, the dual-motor 85D is more efficient across the board, most likely due to clever use of the new front-mounted motor — with two motors to play with, the on-board computer can throttle back the power-hungry rear motor when it isn’t needed, significantly reducing power consumption. 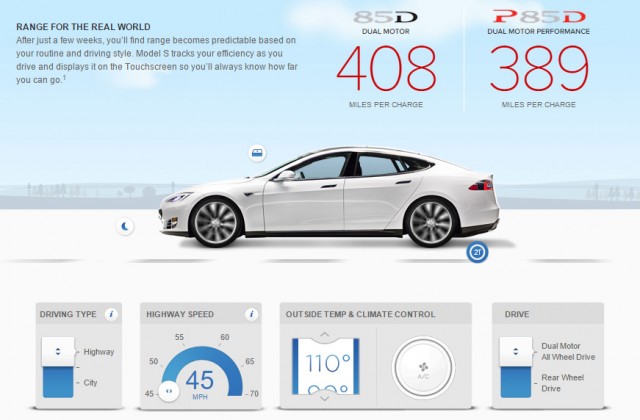 In addition to these graphs, Tesla has also released a detailed range tool that lets prospective buyers find out the real range that they’ll get while driving a Model S. The tool lets you choose your average driving speed and the outside temperature — and then you can toggle various features (windows, HVAC, etc.) to see what battery range you’ll get.

Tesla, of course, isn’t much like other car companies — but hopefully, as other companies get into the EV business in a big way, they will take a leaf out of Tesla’s approach to transparency. Range anxiety is still seen as one of the larger issues limiting the adoption of electric vehicles — but with clear, human-readable data provided by the car companies, clever feedback from the cars themselves, and of course lots more Supercharger stations, I think that rather entrenched anxiety can be relieved.