Homepage / Blog / Lifehack / What stands between us and success? 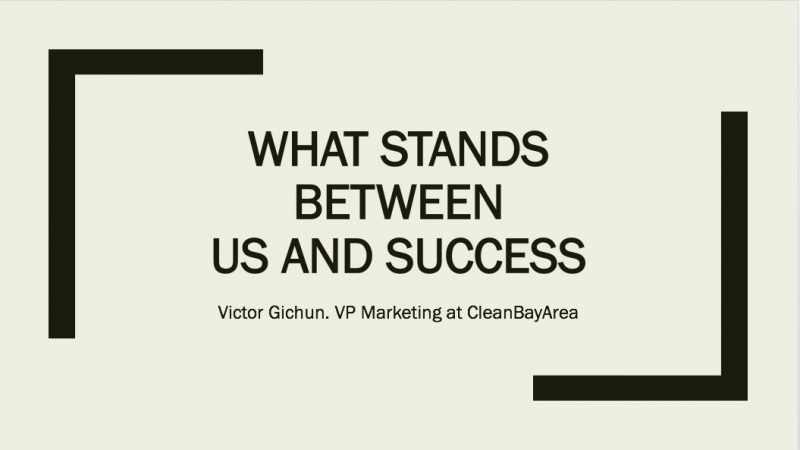 What stands between us and success?

In two weeks we are all going to be busy buying gifts for our friends and relatives, planning our Xmas vacation and decorating Xmas tree.

Xmas is the last major holiday of the year.

When we share the Xmas table with our friends and relatives there’s a moment when we recall what we have done for the last year.

Year by year when we’re thinking of upcoming year we ask ourselves the same questions:

Raise your hand if you ask yourself these questions every Xmas.

No matter what we’re planning to achieve, we all want to be more successful next year than today, right?

If we achieve the goals we have planned we say it was a successful year, if not we’re looking for excuses.

We are capable of accomplishing anything and everything our minds can imagine! Excuses are holding us back? They prevent us from taking our first step? Excuse convinces you to accept failure over success.

What are the most popular excuses do we use?

Excuses might relieve you with the temporary satisfaction but frustration occurs in the subconscious mind frequently and make worse your disposition when you see others to be overcoming their excuses, emerging through failures and accomplishing their dreams.

Let’s see what stands between us and success and how to overcome that.

How many times do you say ‘I don’t have time’? If frequently, then you need to eliminate your negative thoughts.

If you don’t have time other than your work, it means you are exerting yourself on something you don’t enjoy.

Recently I stumbled upon an incredible 12-year-old math genius Gordon Brown. Besides being a full-time school student he attends university lectures on Sundays, knows three different languages- French, Spanish and Latin- and plays piano and violin. If a kid has time to accomplish several things, we should never be short of time. 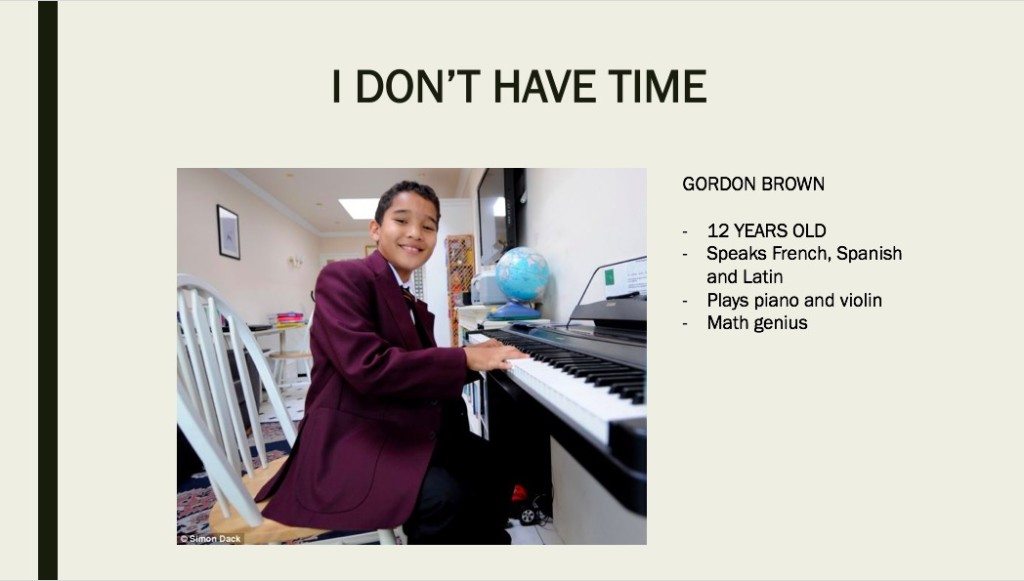 Excuse # 2. Nobody takes me seriously or I have been rejected

There is not a single great person who was never ignored or neglected at any point in their lives. Rejections can knock you down but it demands you to have faith in yourself and your actions.

Many egoistic people give up after some failed attempts. The greatest basketball player Michael Jordan was thrown out from the basketball team in his high school but he worked against his rejection and became the person what he is today.

Ask yourself, can some rejections decide our potential or worth? 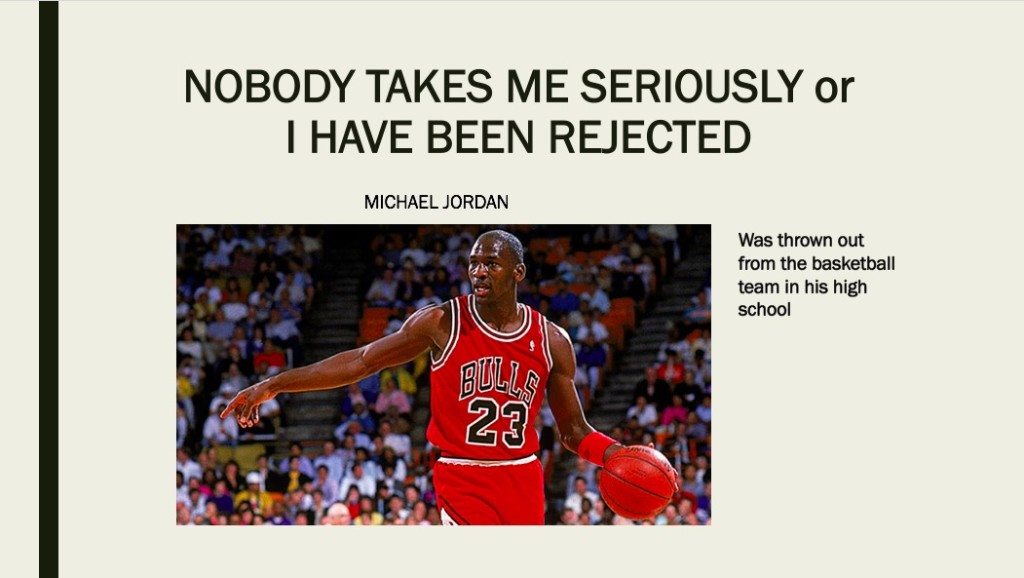 Mozart was only 5 when he was very competent on keyboard & violin and composed music notes. Anne Frank was 12 when she wrote the most matured diary about the beautiful world and compassionate people. 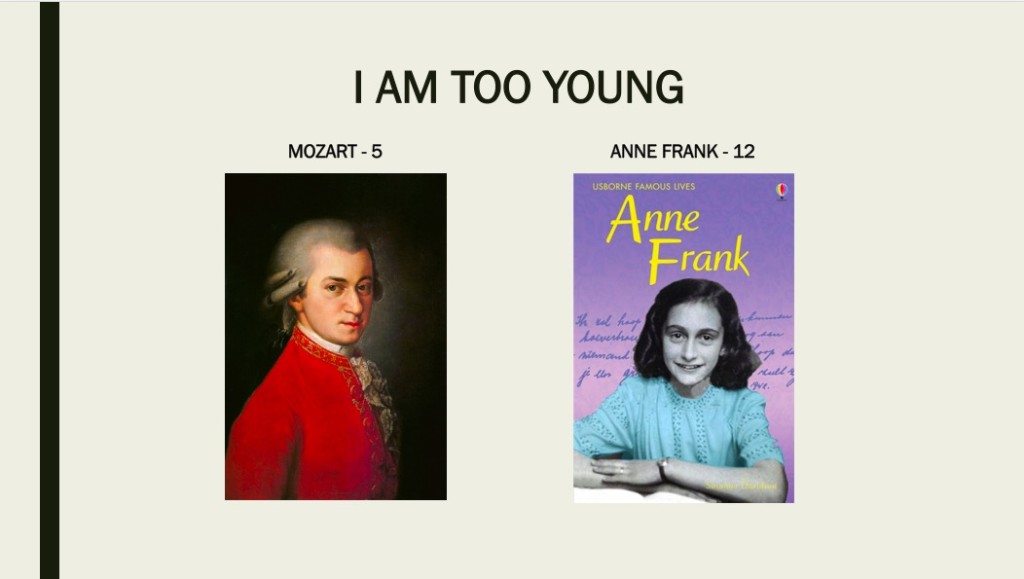 At 87 years old, Burt Goldman taught himself piano and released multiple albums; got his painting exhibited at some of America’s most famous art galleries despite never painting before; launched several businesses and recently remarried.

Excuse #4.  I am not that much educated

Success has no direct correlation with education. One of the greatest inventors of all time Thomas Edison was home schooled, Albert Einstein left his school when he was 15, Walt Disney dropped out of high school, Bill Gates, Steve Jobs and Mark Zuckerberg were college dropouts.

They all have evolved and emerged through failures and experiments. 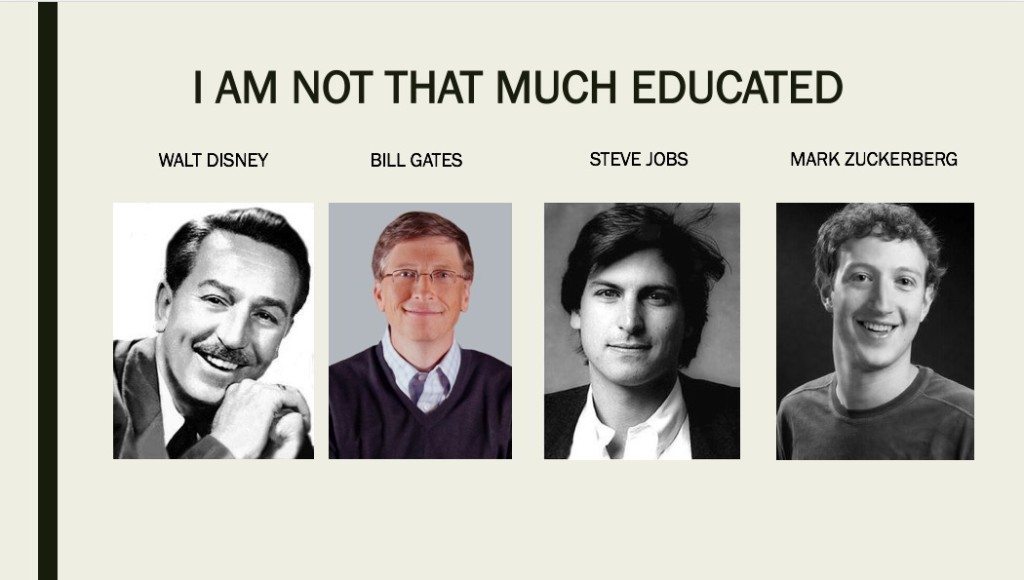 Excuse #5. It is very difficult

When you say that think of Nick Vujicic who was born with Phocomelia a rare disorder characterized by the absence of all four limbs. 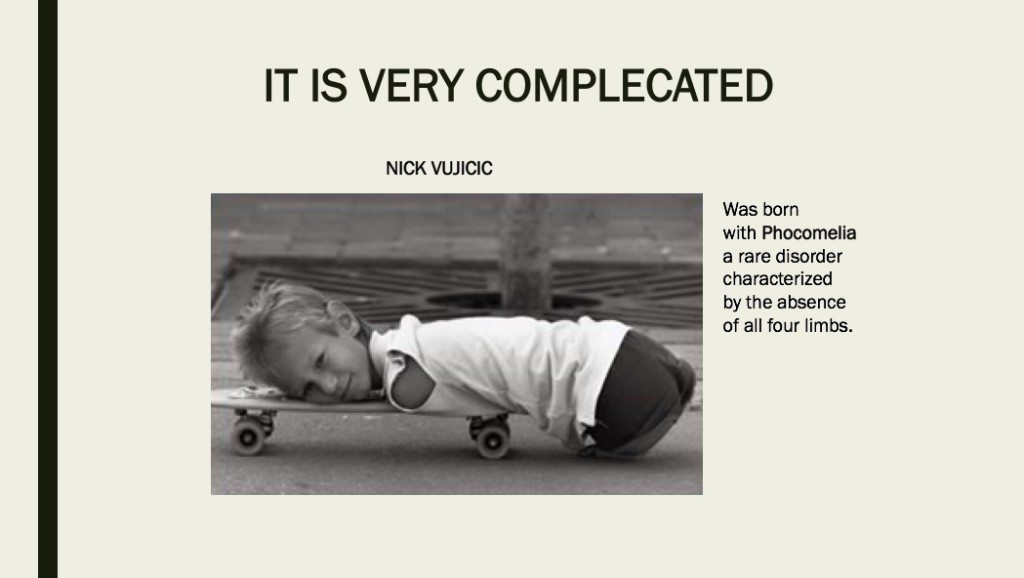 Nick Vujicic who was born with Phocomelia

At the age of seventeen, Nick started his own non-profit organization Life Without Limbs. 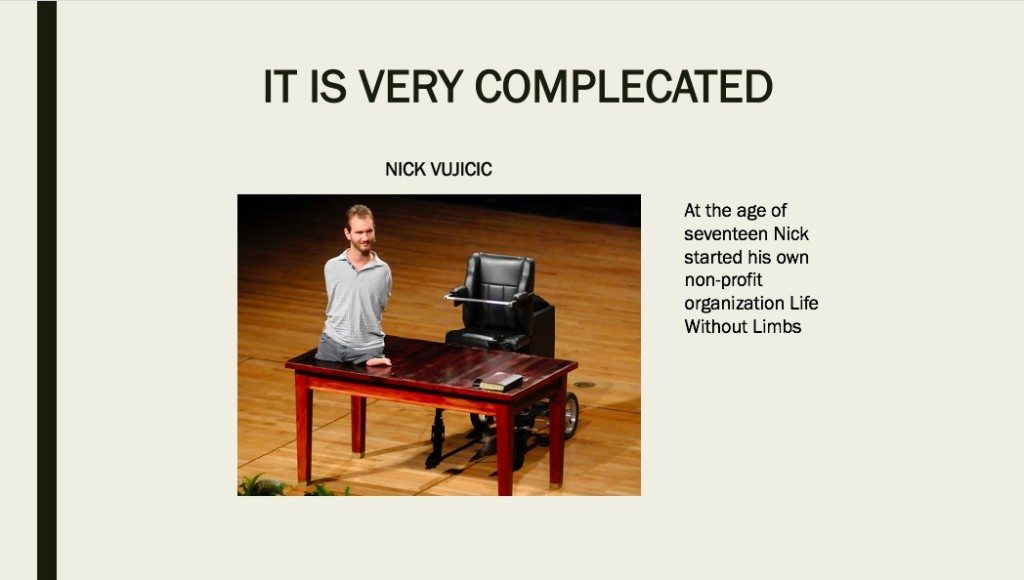 Nick started his own non-profit organization

He starred in the short film The Butterfly Circus, which won several top prizes in 2009 and 2010 including

Best Short Film and Best Actor in a Short film.

Both children are healthy. 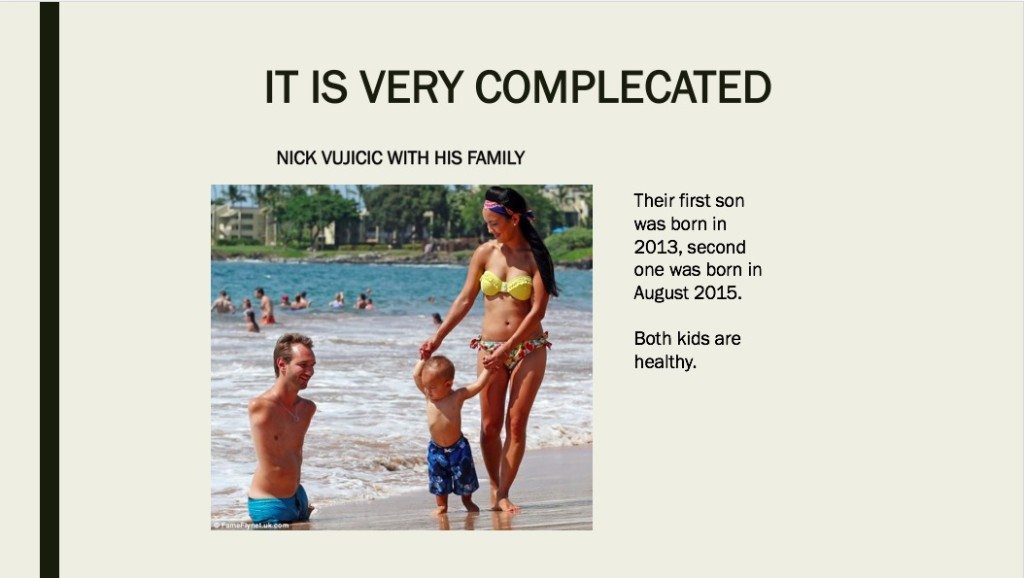 Today Vujicic presents motivational speeches worldwide which focus on life with a disability, hope and finding meaning in life.

When you think that you have lack of anything to achieve a goal please remember what Nick Vujicic said:

“For more disabilities you have you are blessed with more than enough abilities to overcome your challenges.” 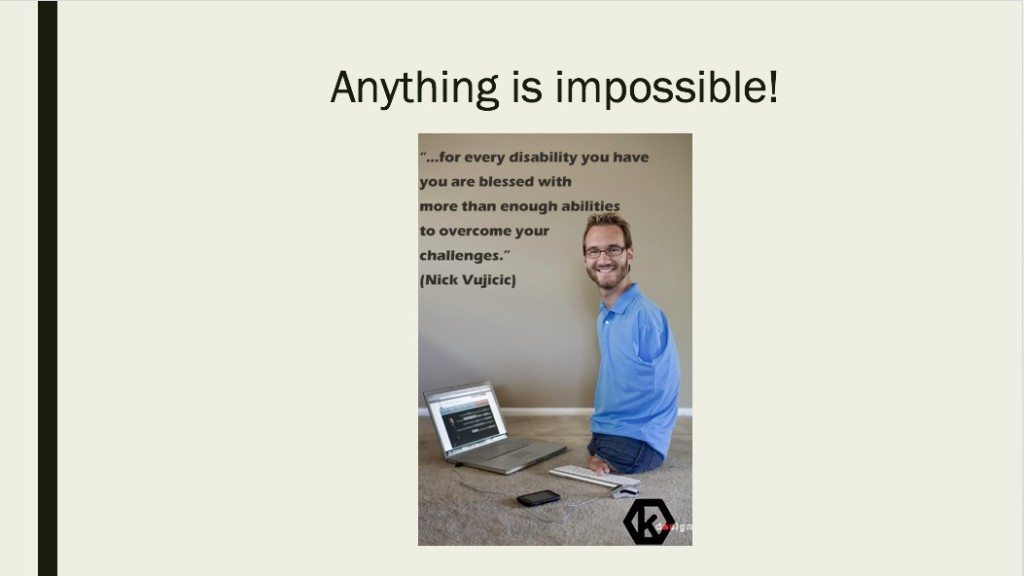 “For more disabilities you have you are blessed with more than enough abilities to overcome your challenges.”

What can we learn from it? Anything is possible.

Let’s stop making excuses today to find a way to reach your destination anyway and anyhow.

I wish you are achieving all your goals next year without any excuses.