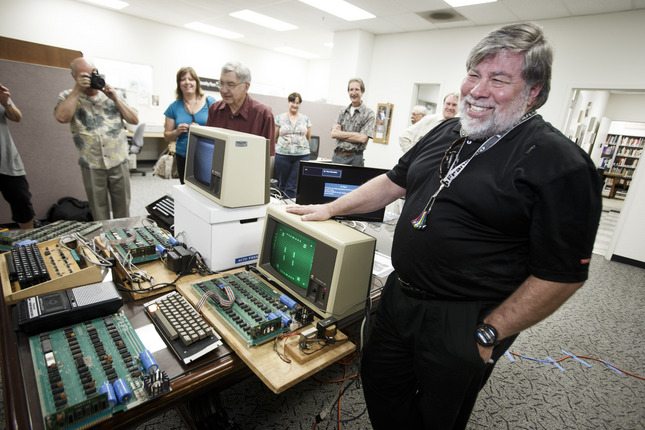 MILPITAS — Probably thinking it was just electronic waste, a woman who discarded a rare Apple I computer from the 1970s that sold for $200,000 recently has not come forward for her half of the money. Whether she knows it or not, the mystery woman has set off quite an Internet search for her that has even roped in Apple co-founder Steve Wozniak.

For example, there was Patti VanderVelden of Wisconsin.

“I am an avid puzzle solver,” she said. “I think I figured out the person who owned the Apple I…The news info gave me a few clues.” 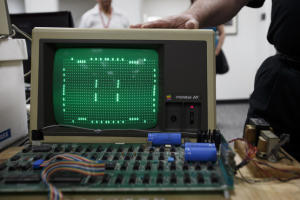 Please SHARE THIS ARTICLE to help find the lady and reward her $100,000

VanderVelden started with online obituaries published in February and found one about a Saratoga letter carrier who loved tinkering with computers. The obit seemed to mesh with the story from Victor Gichun, the Milpitas recycler who accepted the computer from the mystery woman without getting her name. She told him she was just getting rid of her late husband’s e-waste. VanderVelden tracked down a phone number.

“I hope it is her,” VanderVelden said. “That would make my day!”

Alas, when a reporter from this newspaper called the number, no one answered, and it was not taking messages.

Then there was Peter Lipowicz of Midlothian, Virginia, a chemical engineer with a doctorate from UC Berkeley and a passion for doing genealogical research on the Web.

See where you can do e-waste recycling in San Jose, Milpitas, Santa Clara

“It seemed to fit,” Lipowicz said. “It’s a great story, and I’d like to see that computer some day.”

But Wozniak, asked about the woman Lipowicz identified, said in an email: “I don’t know (her) in any way.”

The mystery woman’s story has been picked up by the British Broadcasting Corp. and other major news media around the world, and her story has gone viral. Why?

“It was also the first true commercial PC that was not a kit,” said Tim Bajarin, president of Creative Strategies, Inc., of San Jose. “Jobs and Wozniak created one of the most powerful companies in the world and these PC’s have huge historic and sentimental value.”

Unless the mystery Apple I lady comes forward, Gichun said the search for her could take a while.

“I received about 30 calls and about the same amount of email from different states and countries,” he said. “I don’t have time to look through all of them. I talked to a couple people and asked them to connect with the lady.”

Good leads are few, he said, and his in-box is crammed with curious requests. An emailer from Brazil wanted to know how much he could get for a vintage Apple II. A woman from the United Kingdom asked where she could donate a vintage Apple notebook. And a German nonprofit that teaches computer skills to children asked Gichun if he’d donate the mystery woman’s $100,000 share to them if she doesn’t turn up.

Gichun said his company, Clean Bay Area, has a policy of sharing the sales of discarded items that turn out to be more valuable than the donors thought. However, the recycler declined to identify the buyer of the Apple I, who paid the recycler $200,000 for the machine in May, a month after the mystery woman dropped it off at the Milpitas recycling center just north of San Jose.

Except for Gichun, the main players in this story remain unknown or anonymous, a problem only avid puzzle solvers can appreciate.

Please SHARE THIS ARTICLE to help find the lady and reward her $100,000